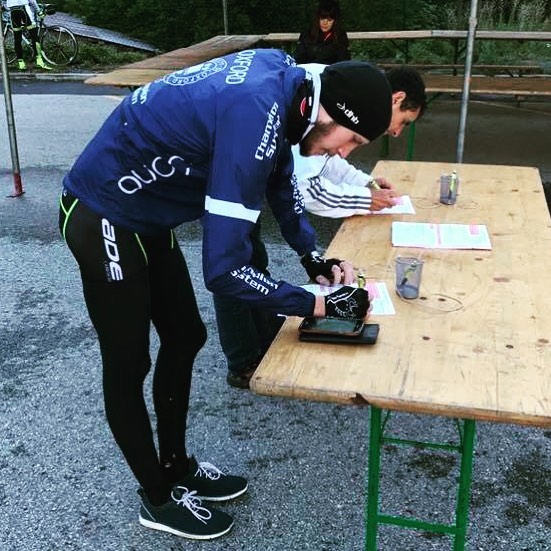 I was lucky enough to get a week in the alps to hopefully get some decent training in, and while we were there the grapevine told us there was a hill climb going up the alpe. Given my love for hill climbs I couldn’t say no.

The first 500m from the start line to the bottom of the hill was stupid with people attacking at super hard crit speeds, bumping, banging and generally riding like idiots.

We hit the climb and everyone went berserk again. It was as though no one had quite realised we were going to be doing this for an hour. I kept my head and eased into it and was soon rewarded by being able to pick off people who’d gone flying past me as they started to suffer.

Stupidly, my lowest gear was only 39×28, so I settled into an hour of grinding. Unfortunately after 45 minutes my legs decided they’d done enough leg presses so I blew and crawled up the last few corners.

It flattened out in the village and I thought I should put on a good show so went stupidly hard in front of the crowd before suffering again over the very last part of the climb.

In spite of the suffering this event was great fun; if only we had hill climbs this long in the UK.