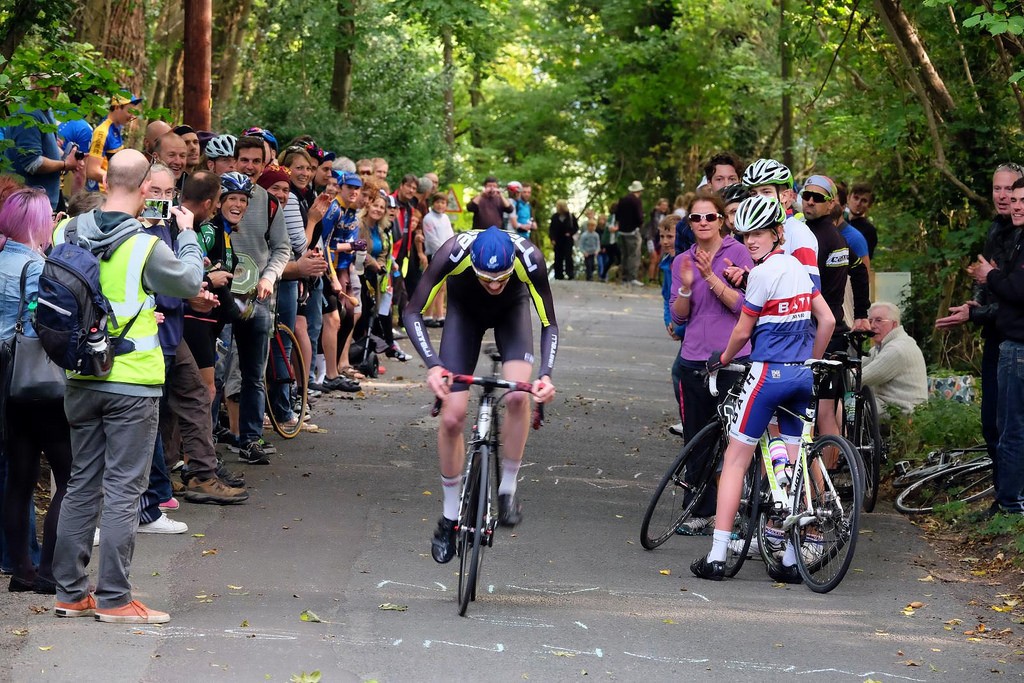 Last weekend we had Angus Fisk and Isaac Mundy travelling to Bath to give some of the hill climbs around Bath a go. Early morning starts and plenty of time to think on the drive was the order of the day. They had some good results, with Isaac 3rd at Chippenham HC on Saturday morning, and Angus 2nd at both Bath CC HC and Velo Club Walcot HC on Sunday. Great effort guys, and thanks to all the clubs for running some great events. Bring on BUCS Hill Climb!

After spending a considerable amount of time ruining my arms pumping up an airbed the night before, then dashing between LMH, Angusâ€™s, where we parked the car and Combibos, it was time for the Chippenham Wheelers open hill climb. This was held on a 1.3 mile stretch of road which greatly varied in gradient, with a rolling, basically flat initial 0.7 miles leading into a 15% set of corners, after hurling your lungs up on these the finish was a sedate 6-7%. Warming up basically didnâ€™t happen, again, something I really want to sort out next time, though I did manage to bring enough clothes this time and so at least wasnâ€™t shivering my arse off. I managed to get into a nice rhythm on the flattish opening section, and though the sharp middle section felt disgusting I think the last bit was alright and I finished in 4:45, some 9 seconds off the win which was enough to give me 3rd senior (though 4th overall because the winning junior pipped me by 0.03). The cakes were outrageous and the field quite large (41) so it was a good time, three more chilled races to go before BUCS and it feels like weâ€™re entering the sharp end of the season now.

Hill Climb season is well underway and I got very excited by the opportunity to get plenty done in one weekend. Unfortunately I missed out on one on Saturday afternoon but still three in one weekend is pretty good. I rented a car for the weekend and was ready to get the most out of it.Â FortunatelyÂ I had Isaac along for someÂ company on Saturday.
Chippenham HC.
We were up bright and early on Saturday morning and out the door before we knew it into the cold foggy morning. A long drive kept the tension up, and before we knew it we were signing on. Unfortunately I broke my golden rule of never trying to fix the bike just before a race. Iâ€™d borrowed a set of light tubulars from a friend and was really keen to see how they would go, unfortunately my brake pad bolts all stripped meaning I had to switch back to my training wheels. With that delay I panicked a bit and got ready as quickly as I could. The fog was still hanging around as I started warming up, and the shorter than usual warm up, plus inadequate clothes and cold temperatures really knocked me about. I started pretty well, but after about 30s it became obvious something wasnâ€™t quite right. The legs were just not listening, and it felt like I was almost pedalling through treacle. As I hit the steeper slopes I managed to get some more power out while out of the saddle, and I sprinted as hard as I could around the last two corners but I crossed the line still able to see and stand up straight, didnâ€™t get everything out. It was still good enough for a 7th place but disappointed in the effort and wanted to redeem myself on Sunday.
Bath CC
I had the bike ready to go the night before, had a strict wake up time, and was ready to go. After a poor effort yesterday I was determined to smash myself in the races today, and had a good drive listening to music to psych myself up.Â
Another cold and foggy start but I was better prepared, more warm clothing this time and much more time to warm up. I checked out the hill and picked out where I had to sprint from, and roughly how to ride the hill.Â
At the start line I was focused, in the zone, ready to hurt. As I set off I ended up lifting the front wheel off the ground with my first kick. Powered up the first ramp, round the first and second corner, and then sat to get what I could out. Just as I was starting to bog down I came around a corner and saw the crowd, near the finish. Earlier than I planned I started my sprint for the finish, digging deep and starting to weave all over the road (I think I vaguely noticed a car coming in the other direction but thankfully missed it). The last few seconds I was barely able to see but came over the line drained. Much more like the effort I know I can do.
This was much better, picking up a second place finish by less than a second! Though it was a tense wait to hear all the times finally confirmed.
Velo Club Walcot HC
Final hill climb of the weekend, and after a big disappointment Saturday, I was very happy with how I did Sunday morning, so was relaxed and ready to go for Sunday afternoon. After a quick nap in the car park, I signed on and went to check out the hill. Short and steep, this promised a tough two corners, before easing off and taunting you with what felt like a long drag to the finish line. As I warmed up I was amazed by the crowd that was amassing, and looking forward to riding through the noise. Again I got a good warm up in and was ready to go for my start.Â
I sprinted out of the start, and around the first steep corner, still in the rush of starting off. The gradient stayed brutal though and I stayed out of the saddle, trying to power through the second corner. Here I could really feel the effort from the mornings ride, but dug deeper than Iâ€™d planned, going into the red to get over the steep part and to the flatter part. On the flat I was suffering a lot, just trying to keep the legs turning. Just before the last corner I got up and started my sprint for the line, telling myself it was close. As I came around the corner I nearly ran into a few people who were standing in the road not expecting me to come around, avoided them and put my head down. The crowd was amazing, the noise, cowbells, yells, and faces helped me keep pushing hard. I really started to lose it in the last 50 metres, just keeping the pedals turning over, started weaving over the road and couldnâ€™t really see anymore, and after an age came over the line. I got a time of 2.08 which was enough to grab second again in the afternoon which I was really pleased with.Â
Thanks a lot to Chippenham CC, Bath CC, and VC Walcot for putting on a bunch of great hill climbs. Look forward to seeing you again next year!
Results
Bath CC Results
Chippenham Results
Photos
Photos
Photos
Angus also made a video of the Sunday. Watch it here 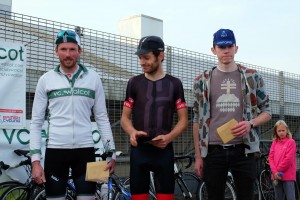 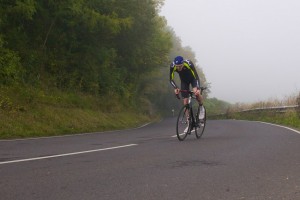 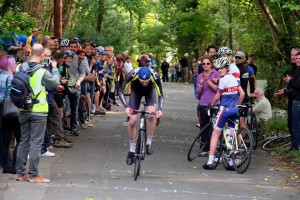 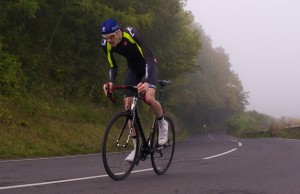 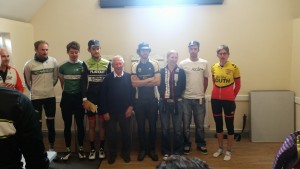