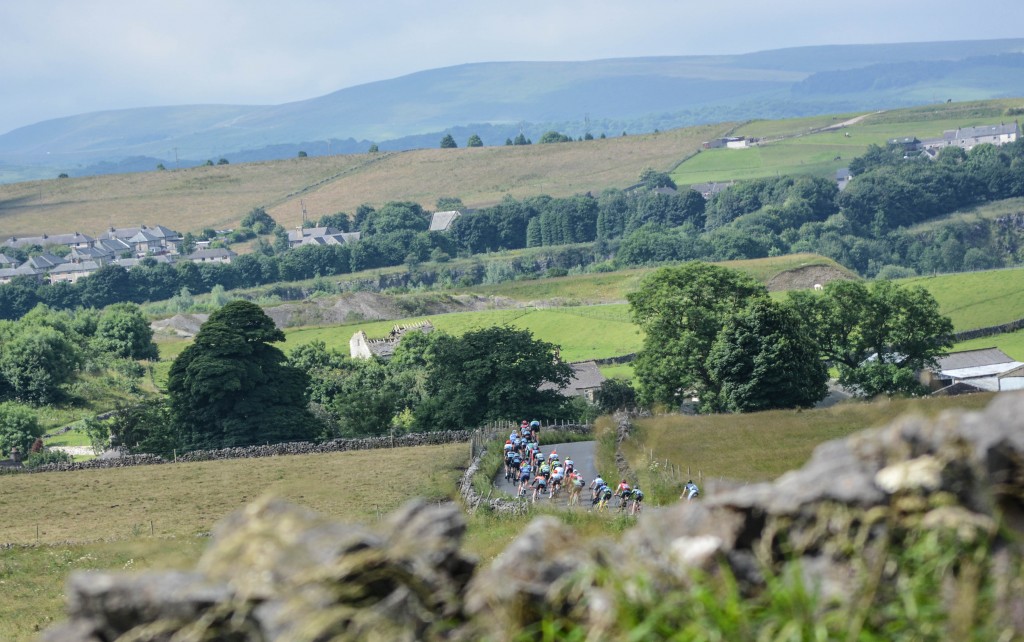 Angus Fisk recently headed up to the Peaks District for the Bole Hill Road Race, and shares his experience here! (Warning, graphic language) 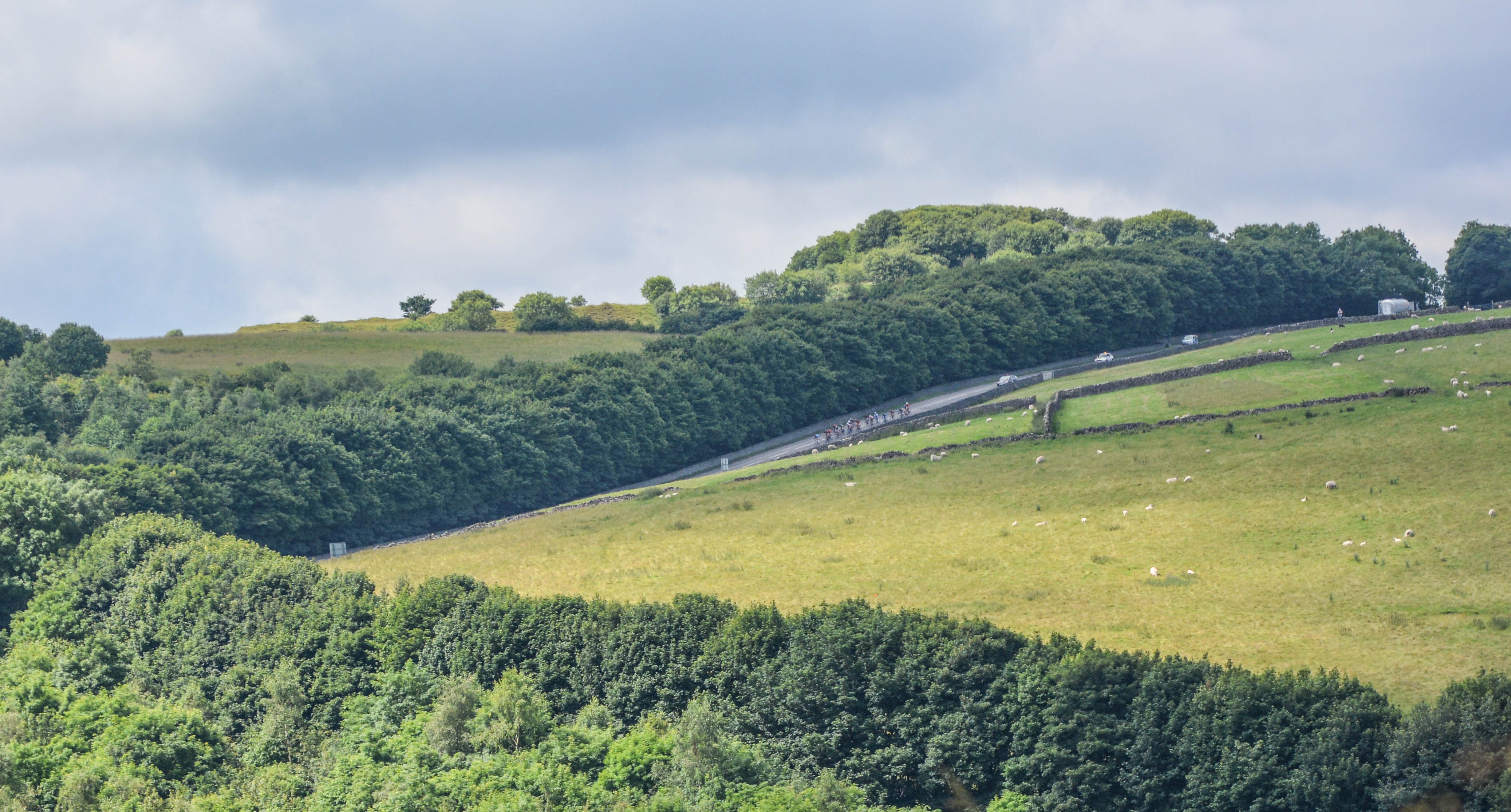 After a weeks of illness, holidays, crashes, and plain old laziness, I finally strung together a few days of decent training so decided to head up to the Peaks District for some proper hilly hard racing. The forecast had said warm and sunny, but I showed up to the HQ where it was grey, windy, and cold, great start. After hiding from the weather in my car for a while I eventually braved the startline, optimistically putting on sunscreen in case the sun came out, but also donning the velotoze because aerogainz.

The race rolled out and after what felt like the longest neutral section in the world we finally started racing. Half trying to tactically save energy and half praying the pace eased off at some point, I hung out in the middle of the bunch, which turned into the back of the bunch pretty quickly as people got dropped. After a few laps sweating hard and swearing at myself for all those beers Friday night, the sun came out and appeared to dazzle everyone, one guy was so shocked that he managed to crash going 20kph up a steep hill, major skillz. 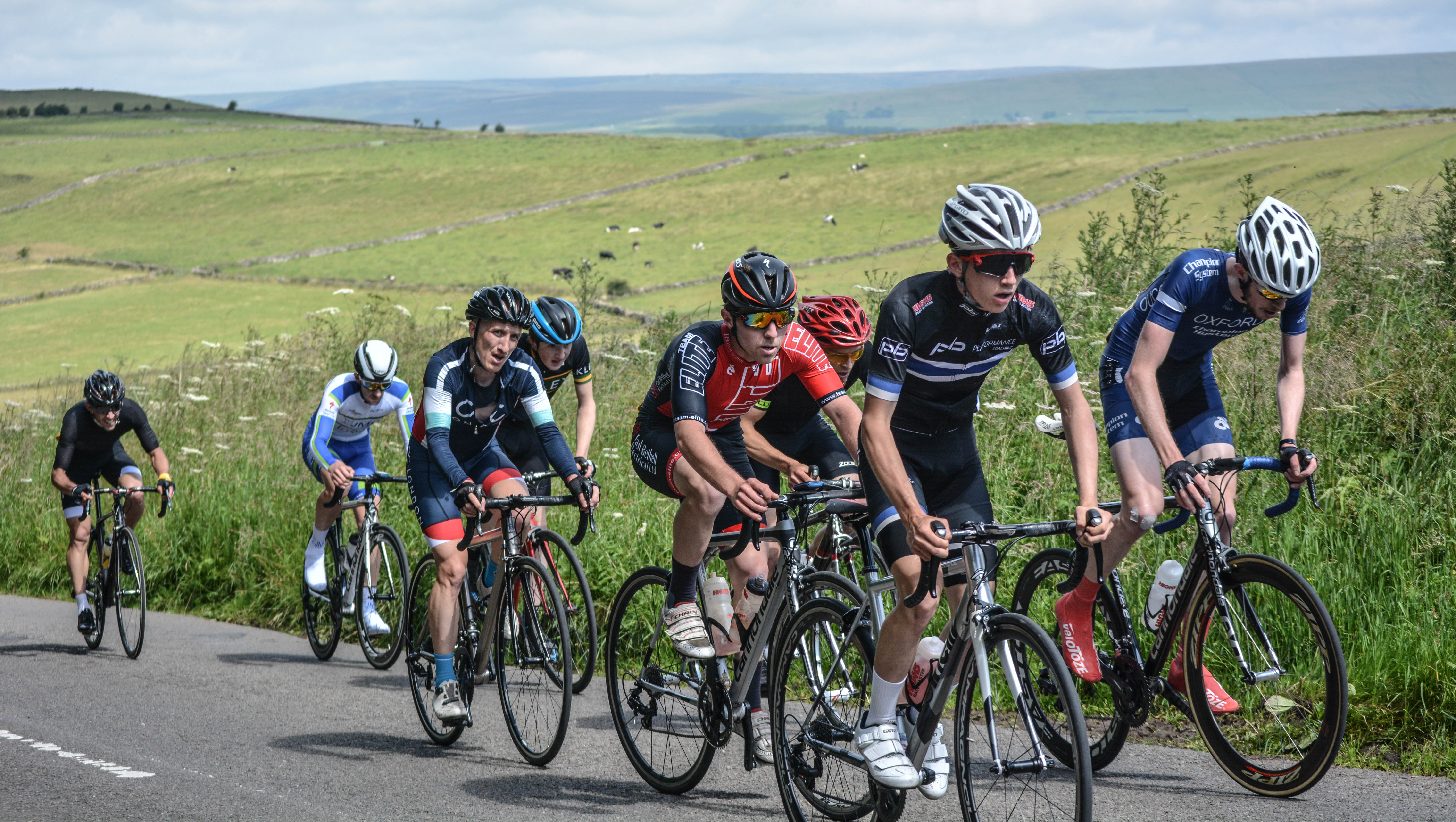 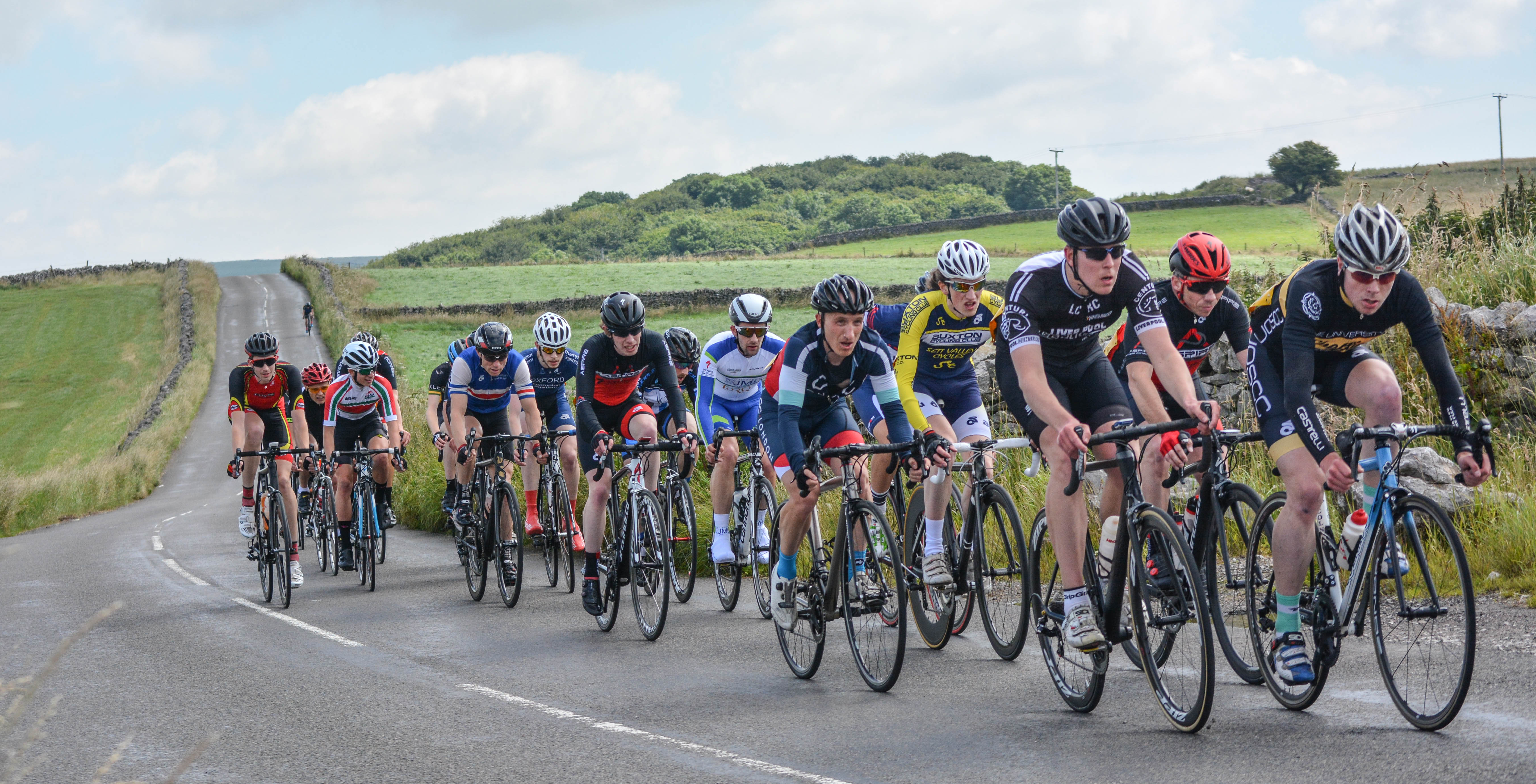 Stalking the back of the bunch

A brave sole went up the road and gobbled up KOM points, while the bunch decided to chill so hard I thought Iâ€™d suddenly wandered into a Sunday morning coffee ride. End of the fourth lap I was following a fast wheelÂ into the bottom of the finish climb, I went to hide in the bunch on the left, the wheel I was on went right â€¦ and attacked â€¦ hard â€¦. fuck. At this point everyone seemed to remember we were actually racing and kicked off hard, except for the two fatties* directly in front of me, both of whom seemed to continue at the Sunday coffee ride pace. I had to brake going uphill, come out from behind them, then go hard to try and catch the race that was rapidly disappearing up the road.

*may be frustration induced exaggeration 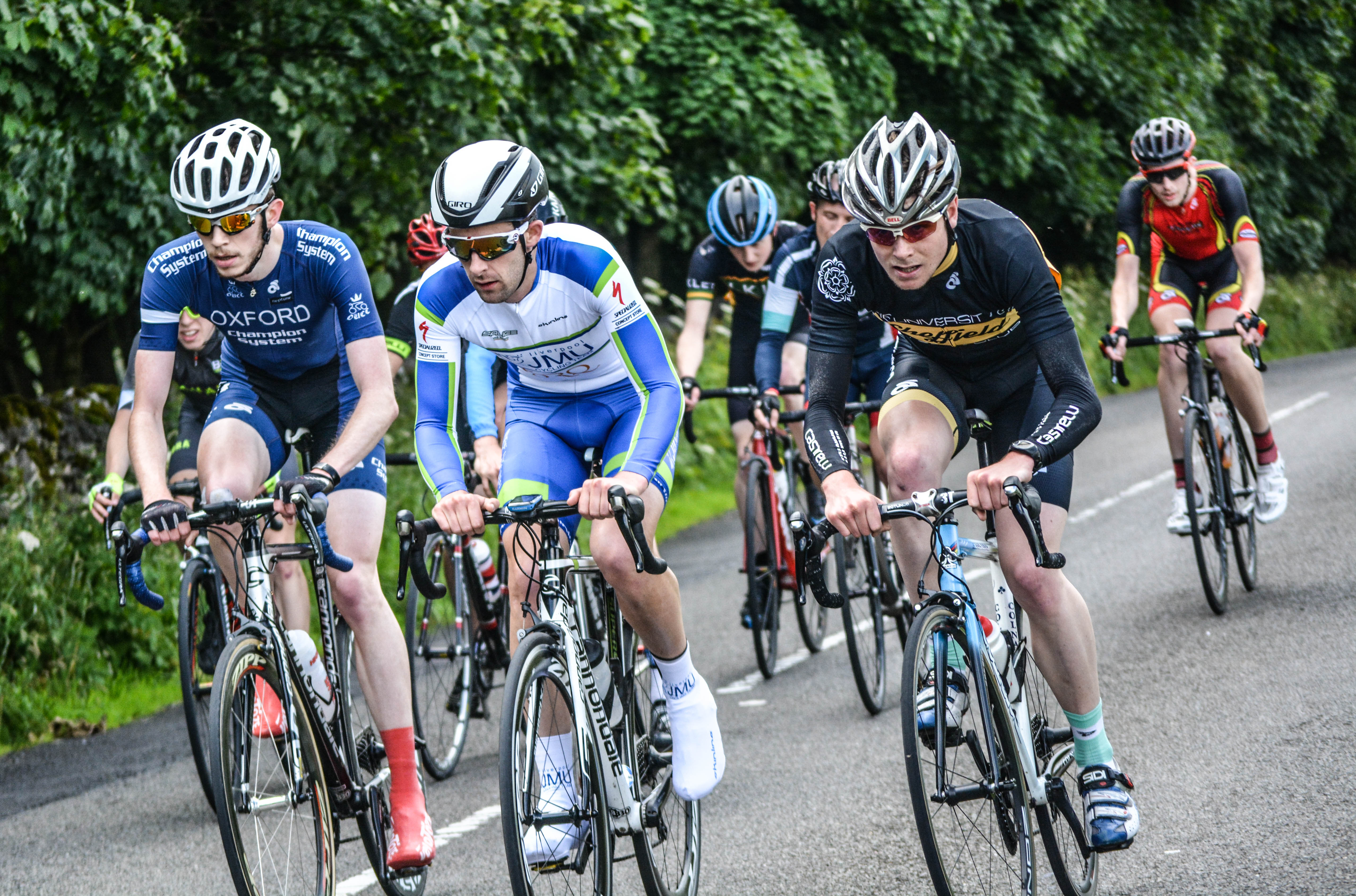 Working my way through the pack

I made it back to what was left of the main bunch by the start/finish line halfway up the climb, but there was still a group of about 8 with a scary looking gap, so put my head down and suffered to get across. As I came across to them though, Iâ€™d completely misjudged speed so instead of stealthily sliding onto the back of the group, I came blasting past with a bit of momentum. In one of my more composed moments of the race I managed to choke back the desperate gasps for air to casually toss out a â€œCome on then ladsâ€ as I came past, before rapidly returning to Fabio Aru-level basking shark breathing. A couple of riders rose to my taunt and over the top we had a group of 5, and set to work straight away.

The 5 of us worked well together, despite the best efforts of a horse float in the road holding up the Comms car so we came to a complete stop on one of the descents, and before we knew it the Comms came up and said we had 41 seconds to a group of 7. Thank god we had a decent gap so I hadnâ€™t done my usual thing and put all my energy into a suicide move, now unless we did something stupid, this was likelyÂ winning move.

Up to now this year Iâ€™d just been going for KOMs, and since the finishÂ was basically just a hill sprint, and I figured I was probably a lot fresher than the others who had been working hard all race, I surely had this in the bag right? Top of the finishing climb at the start of the last lapÂ and I looked back to see the â€œchasing groupâ€ was nowhere to be seen, with a bunch of ragged looking riders all over the road. I donâ€™t think I was the only one to notice, so when the Comms car came up and said we had 1m31s to the next group I think I joined my second Sunday morning coffee ride of the day.Â Seriously casual turns, spinning up the climbs, enough time to look at my stupidly velotoze covered shoes and say at least Iâ€™m putting the aerogainz to work, so my disgustingly sweaty feet werenâ€™t all going to waste.

I had it all pictured in my head, I was going to sit in, follow wheels, then gloriously come around at the last minute for victory with hopefully enough time for a sweet-ass salute, not that Iâ€™m greedy or anything. Coming into the last descent, I was second wheel, ready to smash it. Just as we hit the steep downhill, first wheel hits the brakes, so I speed past him and get ready to go flying around the last corner. About half a second before I fully committed to cutting the apex for the sweetest final corner ever, three cars come in the other direction. After adjusting my line while simultaneously shitting my pants at 70kph, and narrowly avoiding the cars, I get round and peek back to see Iâ€™ve got a gap, only a second or two but still a gap. Well fuck, there goes my plans of being patient, following wheels, and not leading out the sprint, Iâ€™m not exactly going to sit up now. So I drill it, sprint onto the final climb, and just as Iâ€™m starting to die look up, and realise how long this bloody climb is, and then both my hamstrings start cramping simultaneously.

I was first on the road, the victory Iâ€™d been dreaming aboutÂ  just ahead, but my legs werenâ€™t working. Out of the saddle and I was thrashing the bike around trying to get something out, looking less graceful than Froome on an Alpine stage. Between my legs I could just spot a front wheel, slowly closing in, and there was nothing I could do. Giving it all I get caught by two riders, one goes past immediately and takes the win, the second comes level just as the climb flattens out, and I find the last few dregs to push on and hold on to second place. 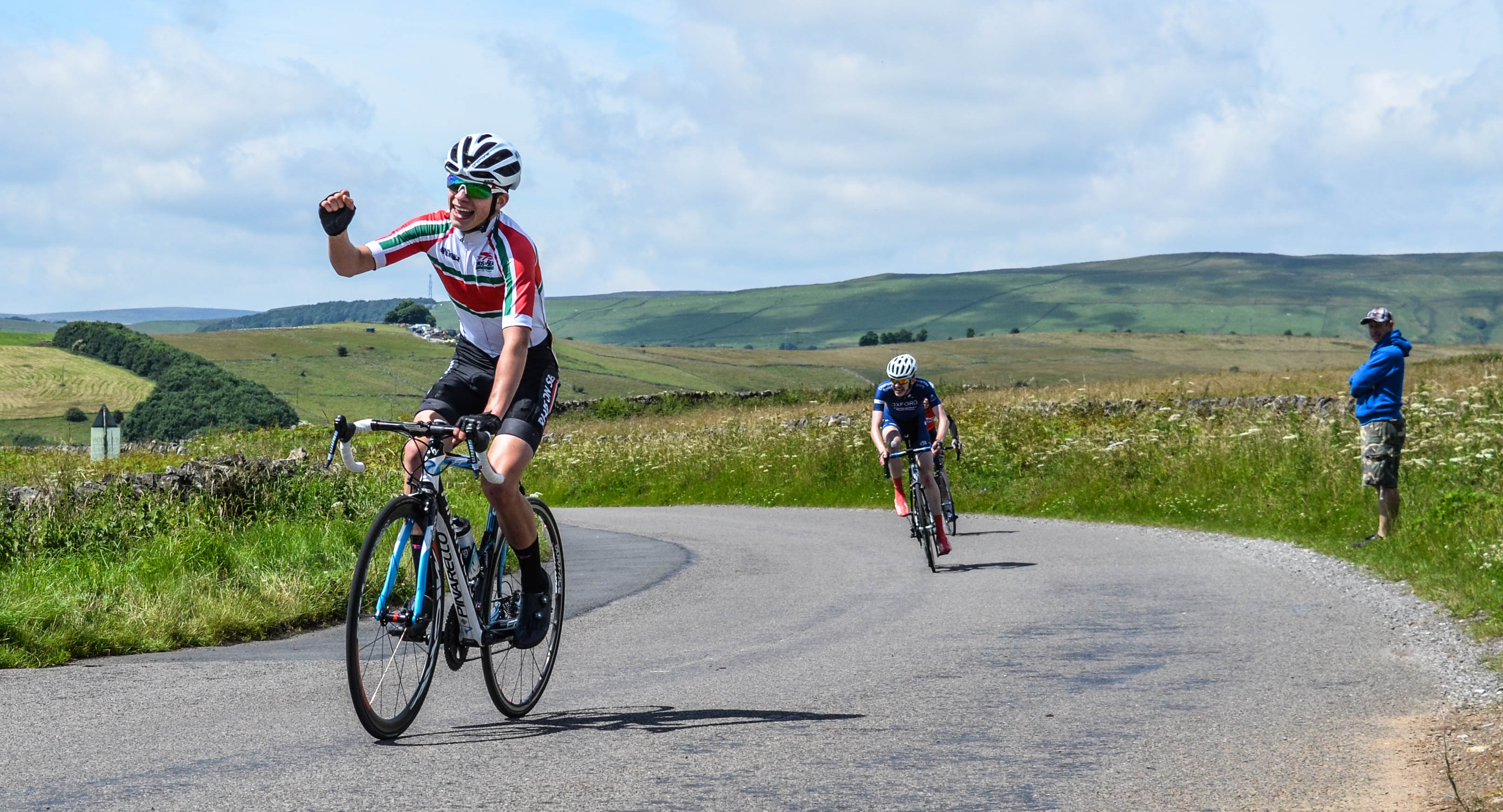 If only I’d had an aero helmet like that guy ….

I hung around to watch some of the other riders finish, all looking about as tired as I felt. I heard a few guys chatting casually about going for a ride now, just in case they hadnâ€™t worked hard enough already.

Awesome race, loved the countryside and the course, but by the end all I could think of was taking off my damn velotoze. Back at the HQ and turns out the presentations weren’t happening until the E12 race finished, so I sat there furiously trying to calculate whether the prize money would cover the cost of late return of my hire car. Donâ€™t think it did in the end, but the podium picture boosted my ego enough that I didnâ€™t care. Canâ€™t wait to be back for more next year. 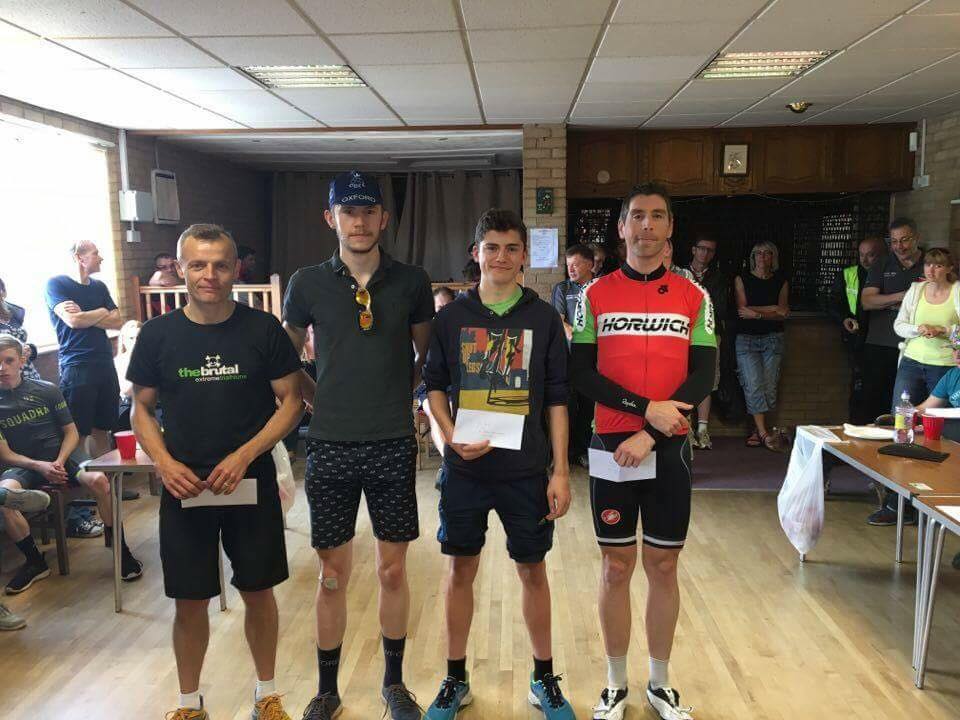 Big thanks to The Racing Chance Foundation for putting on such a great race.

Another excellent report from the race – Â http://www.the-hard-road.com/read-1/2016/7/18/race-report-bole-hill-road-race-or-the-opposite-of-hydration