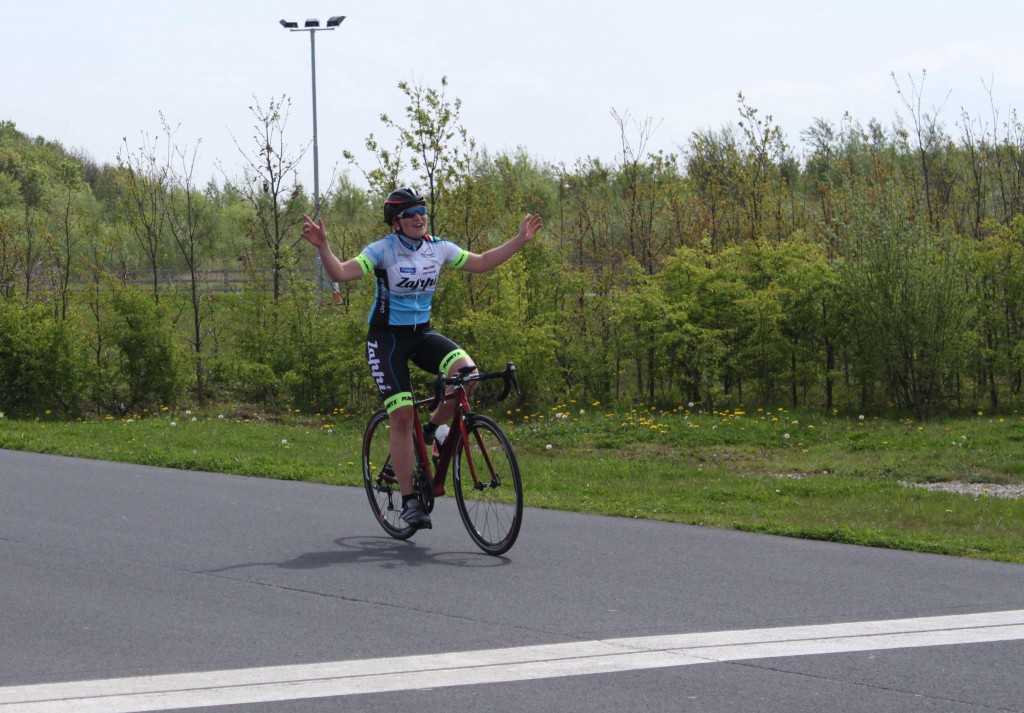 BUCS circuit race race took place on Sunday 10th of May on the beautiful track of York. Tam (Tamara Davenne) & Liv (Olivia Withers) were on the start line of theÂ women E1234 race after having raced 80km the day before. Here is Tam’s race report:

The race started, me and another girlÂ Â from Carnac/planet XÂ manly spent time in the front , they forced the others to go through but they were not willing to spend their energy for the others. I didn’t wanted the scenario from the day before to be reproduced: do a lot of work in the front for people who will rest in my wheel to attack at the end.

The circuit surface was very smooth and it contains a 180* sharp corner where a lot of crash happened earlier in the day in men’s races; whoever was first in this corner tend to speed up/attack once out of it, leading to an acceleration that was never maintained because the bunch didn’t split.

It happened every lap for few laps making the race hard with this sudden change of speed, after 10′ when it happened again, I accelerated to be in these group 3-4 rider – when I reached them, they sat – I looked back the bunch was 50m behind – it was the first time I managed to have a gap in that corner and I decided to go for it while the people I caught slow down and the bunch thought it was not worth being on my wheel – It was the perfect time to escape! I knew it will be hard, especially with these 2 section with strong headwind. But the race was only 40min, I had to maintain this iTT effort for 30′, luckily my teammate Liv was in the chasing group and I knew she will do whatever she can to allow me to gain few seconds by decreasing the pace when taking turn in the front. It wasn’t easy for her because her group of 6 riders breakaway from the main bunch and they obviously didn’t wanted to be caught be them!.

The gap didn’t grow for few laps, they were just behind, I was out of this hairpin, look left and they were entering that corner – I had 10 seconds. With this a a reference, I noticed I was gaining few seconds every lap, until I didn’t see them reaching that corner anymore while looking at it , the gap was bigger than 30″. I just thought at that time – If I’m out of theirÂ sightÂ they will forget about me… and here weÂ are – final lap – keep pushing hard and it was a solo finish.

The chasing bunch crossed the line 45-60sec after me, and Liv gave everything in the bunch sprint to finish 3d of her group.Â A great day for OUCC women with a fantastic effort that allowed to finish 1st and 4th!