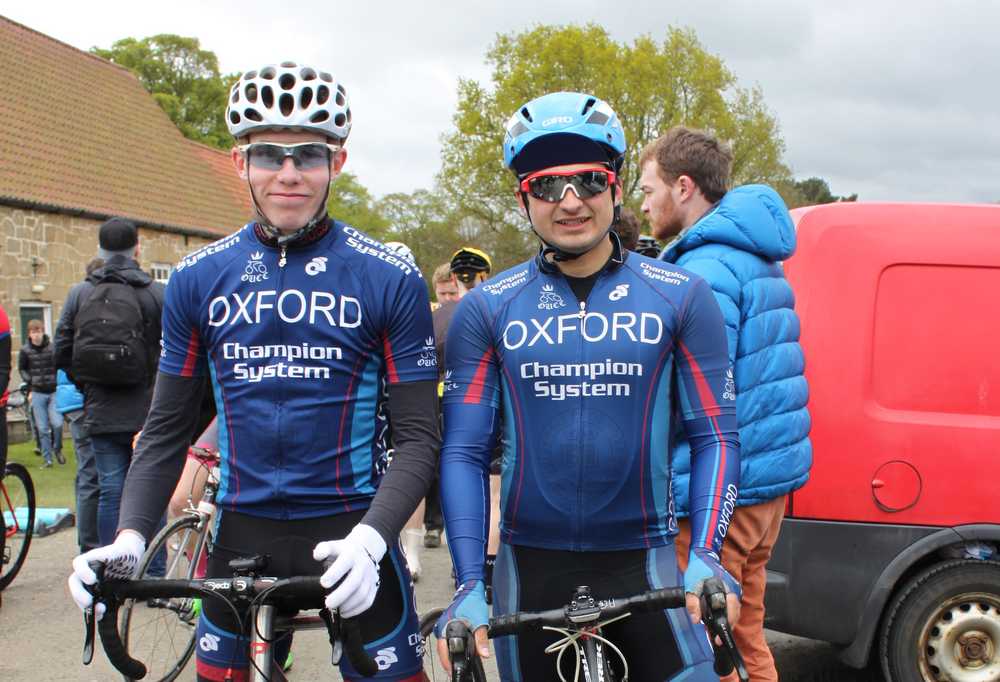 The mens race was looking to be tough, with it being mine and Bens first National B race covering 80m/130km. After we watched the ladies have success earlier in the day, it was our turn to be tested on the 8 mile circuit in Yorkshire.

A strong field of eighty E123 riders turned up so our pre-race plan was to â€œhang on for dear lifeâ€. After a very dodgy neutralised section avoiding potholes, the officials pulled away from us and the race was on. We thought the distance would mean riders would be more conservative to save energy for the 3.5 hour race. This was not the caseâ€¦

Straight from the gun attacks were flying off the front and after the first lap the average speed was 27mph. During laps two and three, the attacks continued but no break was able to stick, and the consistently high pace was shelling weaker riders out the back. The descent out of the village of Crayke caused us issues, as the high pace of around 70kph was much faster than our gearing could cope with, and many riders were distanced on this supposedly easy sector.

Halfway through lap 5, Ben retired from the race due to stomach issues and general unreadiness for anything other than a 25 mile TT. I retired several miles later as the pace was faster than anything I could have prepared for.

There were several conclusions to be drawn from this:

All in all, it was a great experience to ride with some of the top students in the country, several of whom are ranked nationally. Whilst the race was hard, being competitive is not an impossibility and it will make a good aim for next seasonâ€™s campaign.