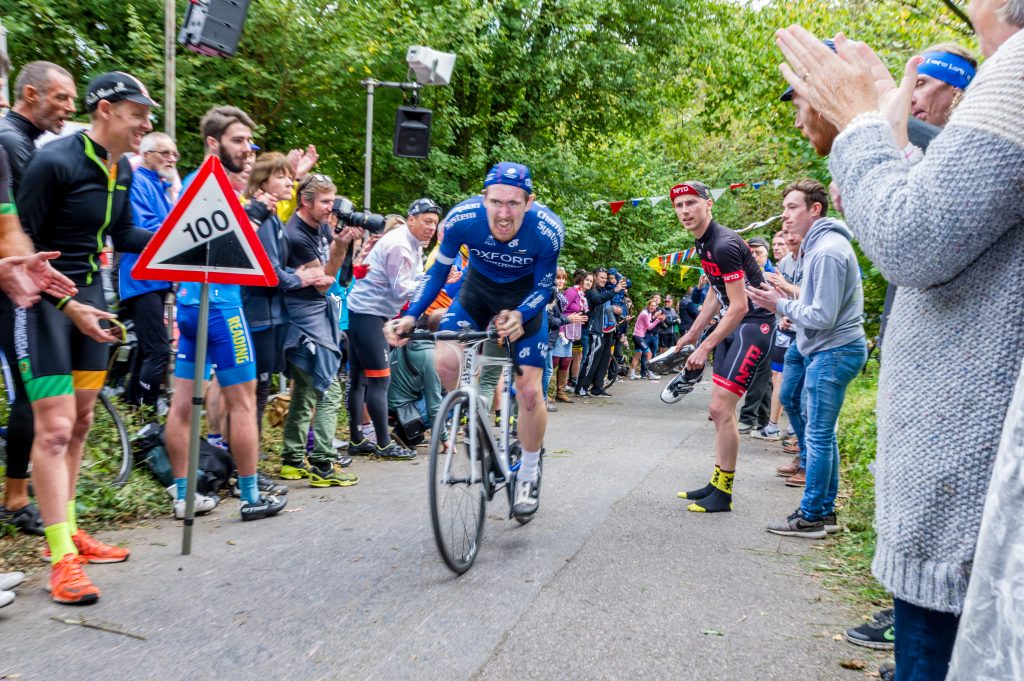 Riding the Catford CC hill climb in the morning, followed by the Bec CC event in the afternoon is one of the great institutions of British hill climb racing. This year we sent David, Angus and Ti on the drive down to Surrey to try and tackle the fearsome two ascents.

It was felt that Catford climb was the tougher of the two. It was a bit damp and maintaining traction of the rear wheel took some effort on the steepest part of the course. Ti’s pre-race preparations over ran slightly meaning he was forced to ride in his trousers! One of those “first race of the season” problems. Angus and David put in solid rides (although Angus was disappointed not to have gone quicker than last year given his lighter bike and better fitness).

There were lots of sore legs by the time everyone had made the trip over to the Bec CC event. Nevertheless the big crowds at the top were enough to get everyone over the line. Ti was able to show us what he’s capable of and took 58th. David was 34th and Angus 16th.

Riding this double-header is one of the best days out you can undertake as a bike racer. We’ll be back next year for sure. For now, the hill climb season continues…