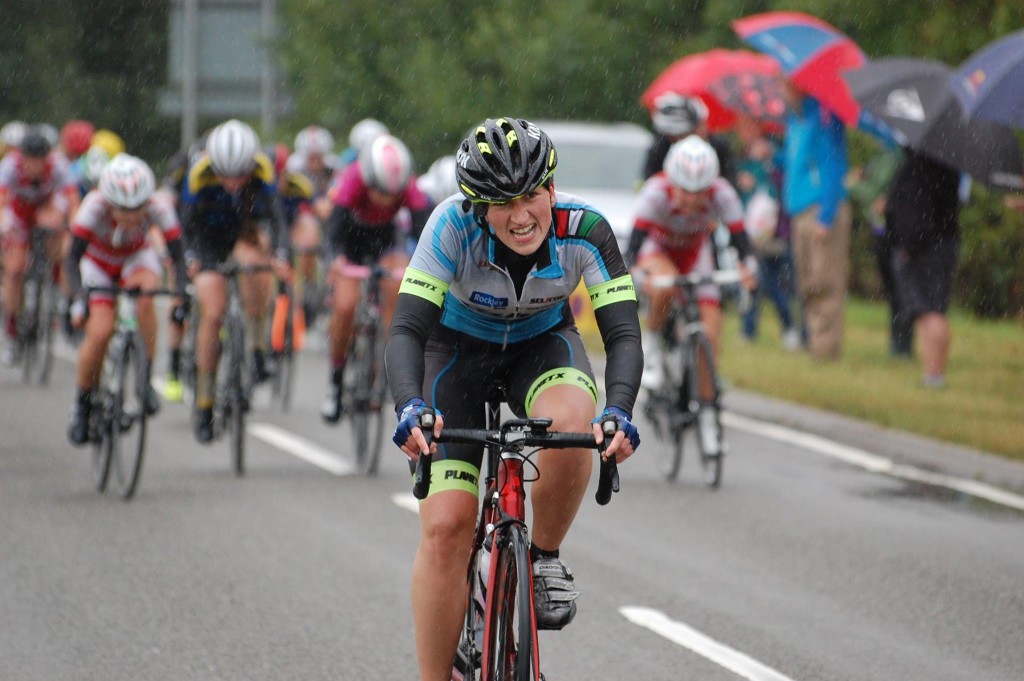 Sunday saw the Duncan Murray RR. Our club President Tamara Davenne was there, and she rode smart and hard to finish well in the proper British miserable conditions. James Lambton put in a good showing representing the men with an attacking ride that didn’t pay off this week. Good efforts Tamara and James!

Duncan Murray Wine RR, part of the national Women team series took place in Naseby last Sunday. A quick attack in the openingÂ kilometre saw Chanel Mason (Army Cycling Union) went away for a solo breakaway that lasted during the rest of the race – she finished few minutes ahead of the bunch. I was in the first 5-8 riders during the whole race. A few unsuccessful attacks tried to get away but were shut down. I found myself in a breakaway with a girl from Bonito, we had a small gap but got caught after a few km on the climb of the 3rd lap. I managed to recover from this and keep a good position until the end. The up-hill finish and the weather combined to make it hard, I was completely soaked for the previous 30min and the legs were cold – I gave everything on the final sprint and finished 9th

With cold temperatures and heavy rain forecast, it was set to be day for the hardmen. The 80km road race got off to a steady start, with a couple of attacks that were quickly brought back. It wasnâ€™t until half way round the 2nd of 4 20km laps that an attack stuck, with James Garratt of the host club Welland Valley CC getting away solo and opening up a decent gap. At the end of the lap, I made a move on the finishing hill, and got away from the bunch with one other rider. We worked well together, but were brought back 10km later. I then recovered in the bunch, saving myself for another effort towards the end. As the rain came pouring down, I made my move on the short climb with 10k to go. I opened up a reasonable gap, but I knew I would need time in hand coming onto the final climb. I passed James, who had blown completely after an heroic effort, about 3k out. Unfortunately the bunch had managed the gap well, and 500m from the line I was caught, whereupon I went straight out the back and rolled in behind the bunch. I gave it all I had, but it just wasnâ€™t meant to be. 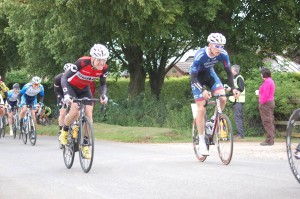 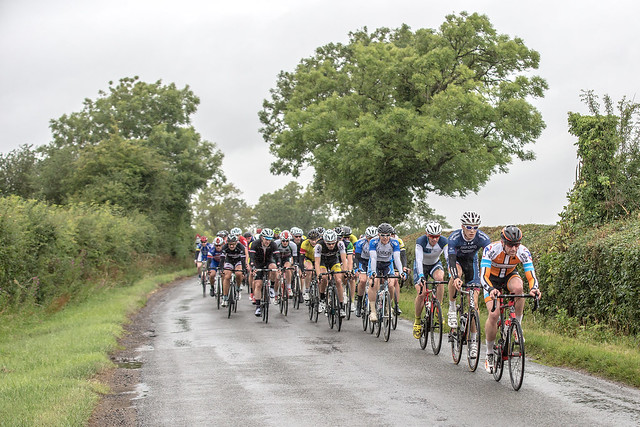