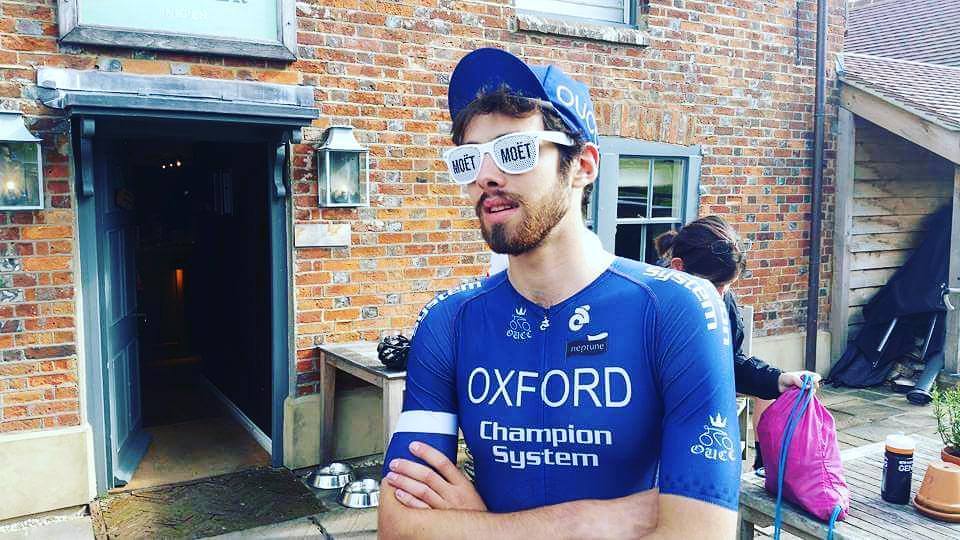 Fresh off his incredible second placeÂ at his first ever National Hill Climb championship, Isaac Mundy puts down some thoughts about how his first full Hill Climb season went.

9 points from 7 starts, was a bit rubbish, road racingâ€™s hard. I came into September really looking forward to a fresh start.

Much has been written about the very specific challenge of hill climbing by better writers than I; take a browse through the catalogue of Paul Jones, Simon Warren, Tejvan Pettinger for an introduction. For me, bike riding is bucket loads of fun but â€˜cyclingâ€™ is about pushing personal limits (and putting fools in the box) and there really is no better medium than the aforementioned. Another appealing factor is something often remarked upon, this is the rather retro feel of CTT events and hill climbs in particular. Generally well-patronised by an older generations of racing cyclists for whom domestic time trials were the chief order of the day, most of the hill climbs I went to this year have existed for at least forty years.

The first event of the year was Reading CCâ€™s double header. The same two climbs were used in my first ever hill climb back on August bank holiday 2015, so it would be a nice test of where I was and how Iâ€™d come on since last year, with the addition of tubs, skinsuit, power/heart rate/a timer(â€¦) and 13k in my legs. I also know the first hill reasonably well after the Victor Berlemont went up it nine times (we the bunch did eight #pulled) so was keen for a crack at Ed Bradburyâ€™sÂ  5 dead course record.

Got there late, warmed up for ten minutes, kept it under control up the first ramp and then HIT it on the drag. Puppy paws, 50kmh in a HC was a bit bizarre. Got the record by 4 seconds and clung on to win overall, though Jimmy Hayward clawed a couple of seconds back on the second stage, Streatley. It was really nice to revisit the climbs and credit to Stewart House for continuing to run one of the Southâ€™s few double headers. There is talk of flipping the order next year so that Rob Goughâ€™s 2â€™16â€ might get troubled.

Next was Newbury RCâ€™s Walbury Hill Open, which as everyone knows has a stupid prize pot. Correspondingly, I took this one a bit seriously, tapered, begged a lift, warmed up on the rollers, did 505w for 4 minutes and won serious dollar. Sam got top ten, Oli Bent discovered hill climbs, Angus must have been super aero (time and watts both went down). Tejvan raced for a laugh, injured and out of form, and nearly embarrassed us; third, really impressive. Then we went to a town centre crit and everyone crashed into each other and the race got cancelled before we started. Good day out.

A few years ago Rollapaluza used to promote a sort of knock out hill climb on Swains Lane, but due to hardcore local opposition it disappeared. They got together with Rapha and some other source of corporate dosh I forget and put it back on this year. Obviously had to race. It wasnâ€™t really a hill climb field (besides Bill Bell) more a collection of London Strava warriors. I know Swains well, opened the tanks and won by ten seconds, which was 12% of my run. More cash and some piiimp shoes.

The next day I got the train to Bath, lugged my rollers up a fucking massive berg and only won VC Walcot by 0.4 sec. Felt well prepared but a bit overgeared, opted to big ring it which meant grinding the first ramp before it leveled out, and my legs were heavy from the day before. Great atmosphere though and it was a nice sunny day. â€œWhat? You donâ€™t normally go so hard you start bleeding from your cuticles?â€ Andrew Kirby has issues.

Catford and Bec have taken place on the same day for donkeysâ€™ years, with Catford running continuously since 1887 (though on three different hills) and Bec following from 1956. They are probably the most prestigious hill climbs the right side of the Watford Gap, with parcours to match. These are both short, extremely steep hills set within natural amphitheatres, carved from the southern face of the North Downs. We went down on a recce a few weeks previously and I think Catfordâ€™s Yorks Hill has a decent claim as one of the toughest climbs in the South East. Itâ€™s SO hard. I tried to recce it caj and had to go full gas just to make it up the damn hill.

I managed joint 3rd Â at Catford, behind former winners James Lowden and Richard Bussell (the then reigning National Champ), tying with James Hayward, and was happy with that in a competitive field. Found it quite hard to pace, as while itâ€™s a sub-2 min effort, the climb has two ramps, finally making it to 25% near the top and so the first minute or so was more about conservation. Finished possibly a bit strongly but glad I didnâ€™t tie up as you really would just stop if you blew at the top.

The event lived up to my expectations in terms of attendance and atmosphere, well worth a spectating trip. So many people came out to line the Catford banks, equipped with all manner of noise-making memorabilia.

Becâ€™s headline sponsor was a scaff company and theyâ€™d built all manner of platforms lining the hill, the tea scaff was my favourite, with bunting overhead and a similarly noisy crowd it felt akin to a village fÃ©te. White Lane is a slightly shorter, by the tune of 5 sec, fairly similar climb to Yorks Hill; shallow then an outrageous ramp, flattish last few yards. After the morningâ€™s efforts I was feeling heavy but produced I think the sprint Iâ€™m happiest with this year, the crowds really helped you dig in. I cut the deficit to Richard to less than a second but unfortunately Lowden absolutely schooled us and won his second Bec by six seconds. A couple of other people snuck in and pushed me down to 5th â€“ Rowan Brackston who had gone extremely well at the Kingston Wheelerâ€™s Leith Hill event, tying with Tejvanâ€™s record, and first junior Eddie Bishop. Really great day out. Thank you Simon for running me home and Bill for between the events.

The weekend after that I went to Sussex and it was just one of those days. Thanks so much to Mike Millar for calming me down on the train and Bill Bell for nearly killing several riders driving down the hill to give me his wheel with literally seconds to spare. I wonâ€™t moan, I still came third. Watts were down, it was blowing a sodding gale but no one got hurt and J.Hayward went really fast. 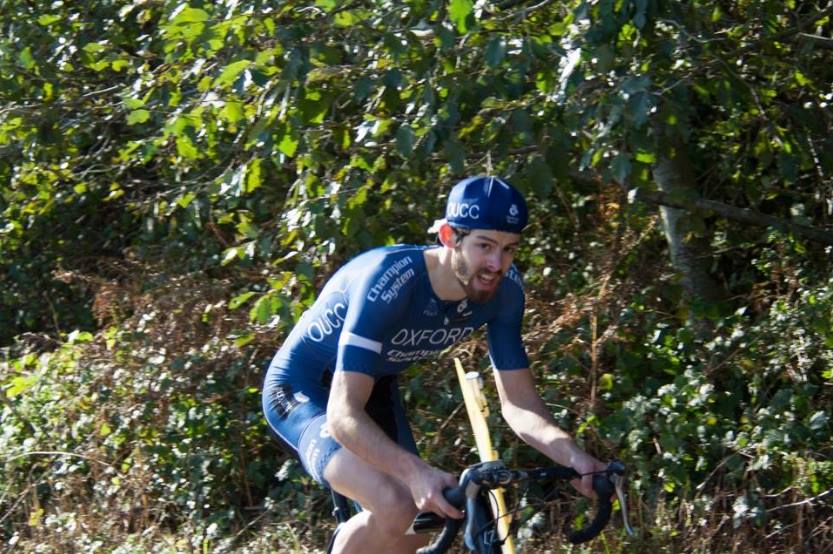 Finally, I went down to Bristol to ride some proper hills. Andrew Kirby drove us out to Westclose Lane to revisit the site of Jim Hendersonâ€™s win at the 2000 Nationals, a really interesting climb. A series of ramps and slight downhills pitch between hedges, preceding a 16% fuck-off wall up through the trees and youâ€™re finally spat onto the top of the Mendips, finishing amid the heather. At a tadge under six minutes it was the longest hill climb Iâ€™d done (ever) and so nearly the whole race was an exercise in self-control; sit back, sit back, sit back then hit it. After really paying attention to what I did on the rollers beforehand, was really happy with my ride here, got my final win of the season by a comfortable margin (14 sec). 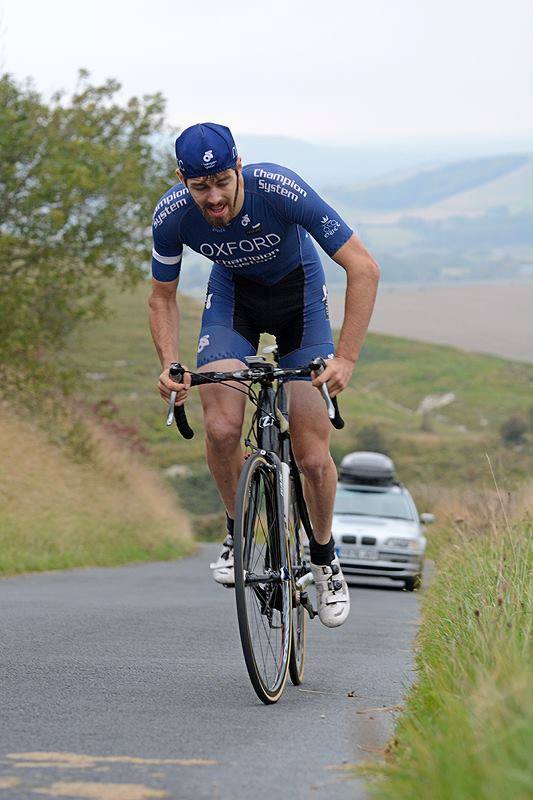 Sunday saw the Bristol South open on Burrington Combe. Iâ€™d been told â€˜this is Tejvanâ€™s eventâ€™ and was duly unable to stop him extending his winning streak to seven years on the bounce, an exceptional run. Perhaps next year Iâ€™ll get him. It was touted as and lived up to being the flagship & final event of the WTTA series, with a big crowd, excellent HQ and organization and a very different test to my other races this year. Itâ€™s a steady 4.5% for over seven minutes, through the picturesque setting of the Combe, you pass several bouldering hotspots as well as a cattlegrid. With Joe Norledge and Glyndwr Griffiths being up at the Matlock CC open, watching Joe Clark destroy everyone (and apparently prematurely use up all his watts), it was down to Rob Borek and Andrew Kirby to fly the SW flag, Rob running it close for 3rd Â on the day and Andrew clinching 3rd overall in the WTTA series.

I was reasonably happy with my ride but did feel as though I held back a bit too much, knowing the climb next time should help with that. Still got my HR the right side of 200 at the end but if timing it right, you shouldnâ€™t be able to open up 850w when you see the finish flag. Really enjoyed the difference challenge of this weekend.

And that leaves Nationals. Â Which gets its own post.