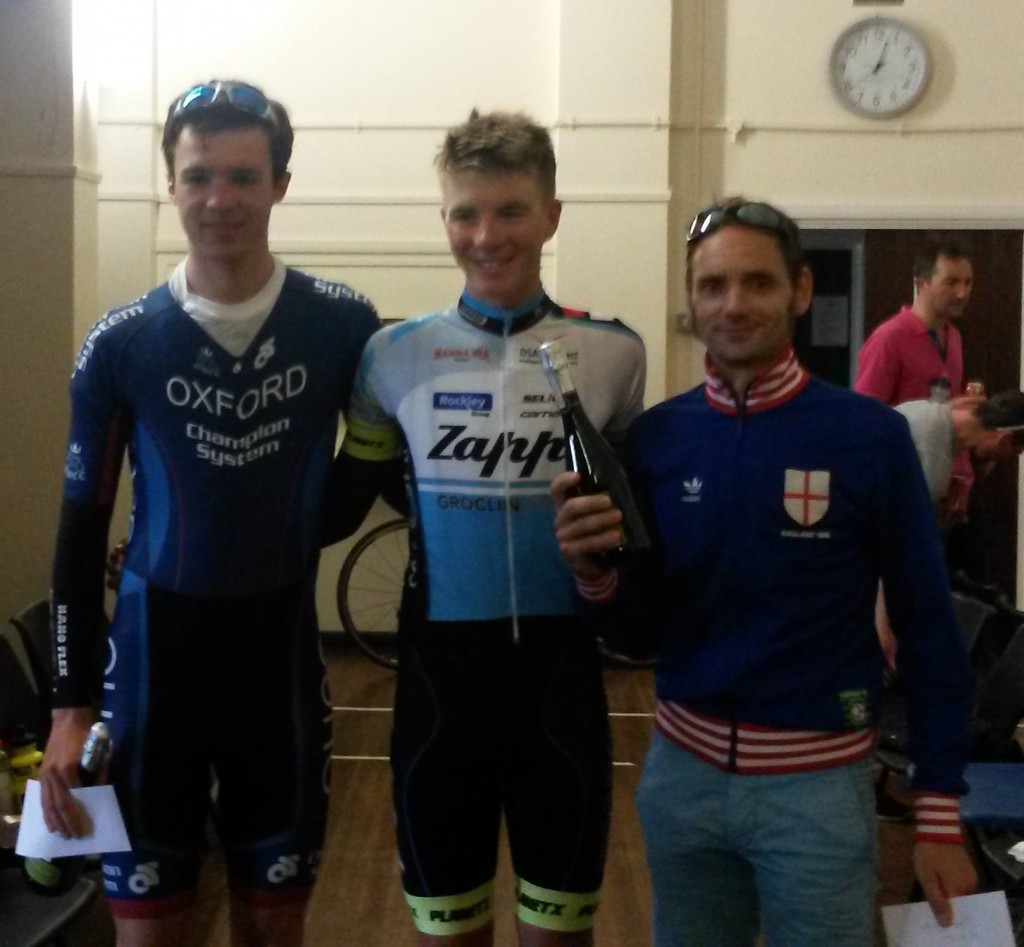 On a wet Sunday morning, James and Jakub represented OUCC in the second round of the Oxford Road Race League, on the GS Henley race course.Â  With a field of approx. 80 riders and five laps of a â€˜rollingâ€™ course (totaling 77km) to be covered, the racing was full gas from the start.

The theme of the race was â€˜breakwayâ€™.Â  At the end of the 2nd lap, James Lambton found himself initiating a 5-man break (soon reduced to 4 by the high pace), which stretched out its advantage to over 40secs.Â  Unfortunately, by the end of the fourth lap, their lead had evaporated and were eventually caught at beginning of the 5th and final lap.Â  This, however, proved to be an error by the peloton.Â  With the race brought back together, the inevitable â€˜lullâ€™ in the group ensued, with no-one willing to take up the pace.Â  So, James animated the race once again and attacked off the front of the group, forming a three-man break.Â  This was the winning move, securing James a third place finish!

Throughout the race, Jakub played role of teammate, positioning himself well in the front 5-10 riders, disrupting the chaser effort ensuring James in the breakaway stayed away.Â  He finished in the group.

An additional report can be found here:Â httpâ€Š://wwwâ€Š.â€Šveloukâ€Š.â€Šnet/2015/06/14/report-oxfordshire-rr-league-2/