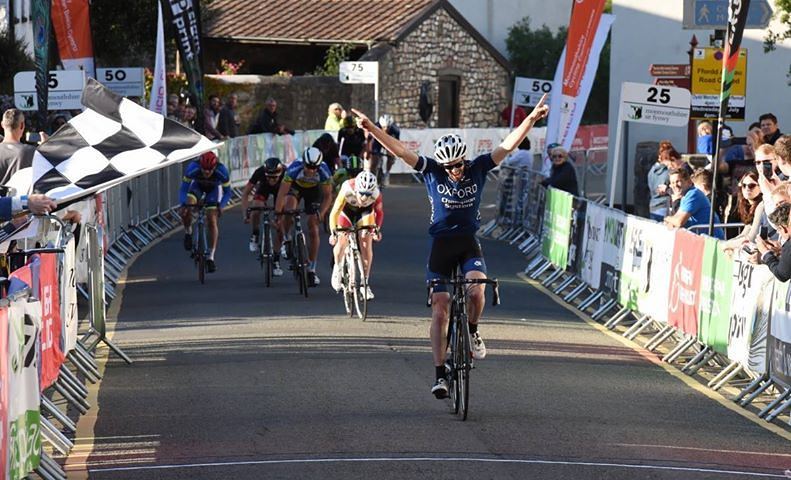 Isaac Mundy and James Lambton have been having a great time in the Summer weather to hit up every race in the country by the sounds of it! Isaac has put down a few thoughts here.

To kick my legs back into shape after a slow few weeks of finals (and Briz GP) I headed to Hogg Hill, which is only 10k from the Mundy family abode. Was quite up for it as the hill is a bit hilly. A small, good quality field turned up for the 40k E12 race, I sprinted for the prime as it didnâ€™t feel like I could win the actual race and wanted a tenner. Possibly consequently I missed the break (James Local (Host Taap-Storck), James Rix (Loughborough Uni CC), Kieran Brady (Richardsons-Trek) and Alex Richardson (PH Excel)) so was left to work the bunch, duly got my finish wrong, salvaged a single point. Good training. Hardest Regional C+ Iâ€™ve ever done. James took a more prudent approach to tapering and drank all the alcohol on the Isle of Wight.

Guildford TCR Nat B E12 On to the first proper race, excited about this one for months. Guildford is hilly af. The weather was nice, the circuit was tight, the cobbles were fairly smooth. We had a shit warm up on a hill but due to an ambulance delaying the start by 90 minutes all warm ups were rendered useless.

The race was halved to 20+5 and the elites were set off a lap down to â€˜spice things upâ€™. Bit rubbish if you fail to ever get back on the bunch (Looking at you Tom Hargreaves you had Nuun of the luck) After listening to the commissaire say â€œgo on my whistleâ€ everyone immediately went, stopped again, decided to go again, and we departed with utter farce. I was lucky, James was not. Boxed in at the back, he hit the highest HR since his computing paper and was pulled after 10 minutes. As was nearly everyone else.

I sat in about 5th wheel of a rapidly disintegrating bunch until about halfway through when Max Stedman, Alex Paton and Rory Townsend (you know who they ride for) came past. The pace then somehow went up even more and everyone else who wasnâ€™t Pedal Heaven got ridden off the wheel. I clung on with Will Harper & Alex Richardson (PH Excel Academy) and after Max and Rory raced away, rolled through to the front a couple of times. It was at this point that my left contact lens made a successful bid for freedom, which coincided with the light dying a bit. Experimenting with holding one eye closed enabled me to focus but ruined my depth perception. I pondered whether it was wise to keep riding but it seemed to be doable, was just about able to wheel suck and coming into the final lap I was up for contesting the final podium spot, but ended up trying to box Will Harper on the outside of a bottleneck 50kph corner onto cobbles. This was stupid and obviously I crashed. However my bike somehow got helpfully placed on the fencing and I bounced to my feet inexplicably basically fine, and had time to put my chain back on and roll across the line without losing any places. The most ignominious 5th place Iâ€™ve ever had, not quite sure it counts as a get-round, but I was relieved to not be more hurt and still getting some cash/points. The young woman whose accident had held up the race was also reportedly discharged with no serious damage. 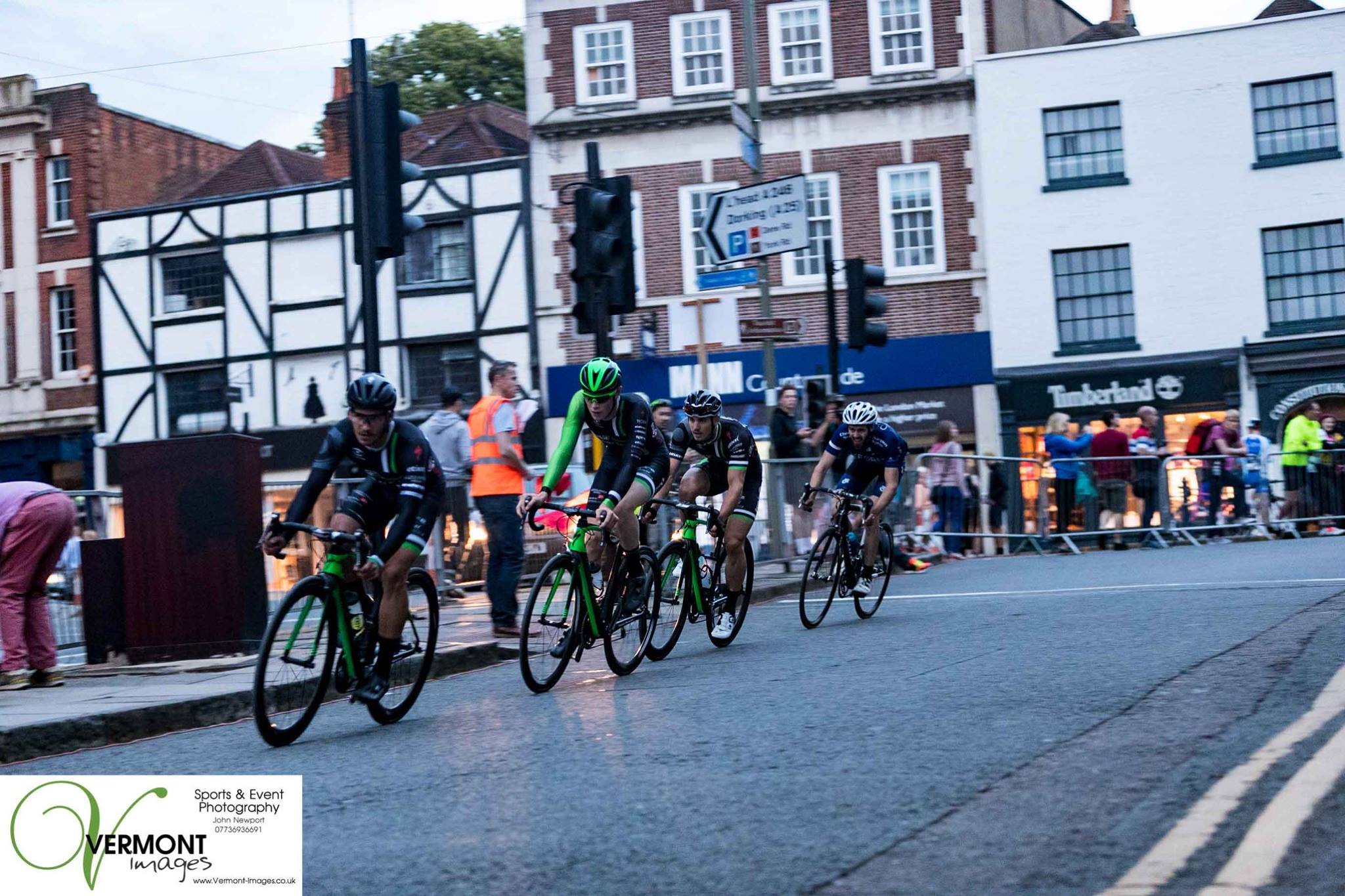 Duncan Murray Wines Nat B 123 Two days later, having bussed late to Oxford after yet another performance of il Trovatore, we drove north into progressively shitter weather and parked in a freshly mowed field whose trimmings lined the inside of the Fiesta, probably never to be removed. Â The circuit was flat compared to BUCS or Bec, with two short climbs and nothing that warranted describing as a descent. Just before the start it started absolutely hammering it down, which combined with the reasonable if not â€˜strongâ€™ wind meant a) I couldnâ€™t see shit and b) the bunch had more gaps in it than Oscar Pistoriousâ€™s defence. Also an ambulance came screaming along, but clearly getting a good position on the downwind section was more important to everyone so no one really got out of the way. Cue scenes of complete chaos. 2/3rds into lap 1 of 5 a group of 4 got away and shortly after a duo began to bridge. Given how precarious it felt in the bunch I thought it might be nicer up the road and fully boxed myself chasing over with eventual runner-up Will Haynes of PX-Northside. Our group of 8 worked well together but were brought back almost to touching distance on the long draggy headwind leg next time round, when Neon Veloâ€™s Ollie Maxwell leapt across. Figuring that was a lot of hard work that shouldnâ€™t go to waste, everyone fucking drilled it and we got the gap back out. For the next three laps it hovered between one and two minutes (flybys coming into their own here), though we had no idea because the motorbikes said nothing. This was hard chainganging in earnest, apart from one guy who resisted what I thought were quite persuasive suggestions that he should roll through. I remember who you are and Iâ€™m glad you came last in the kick. 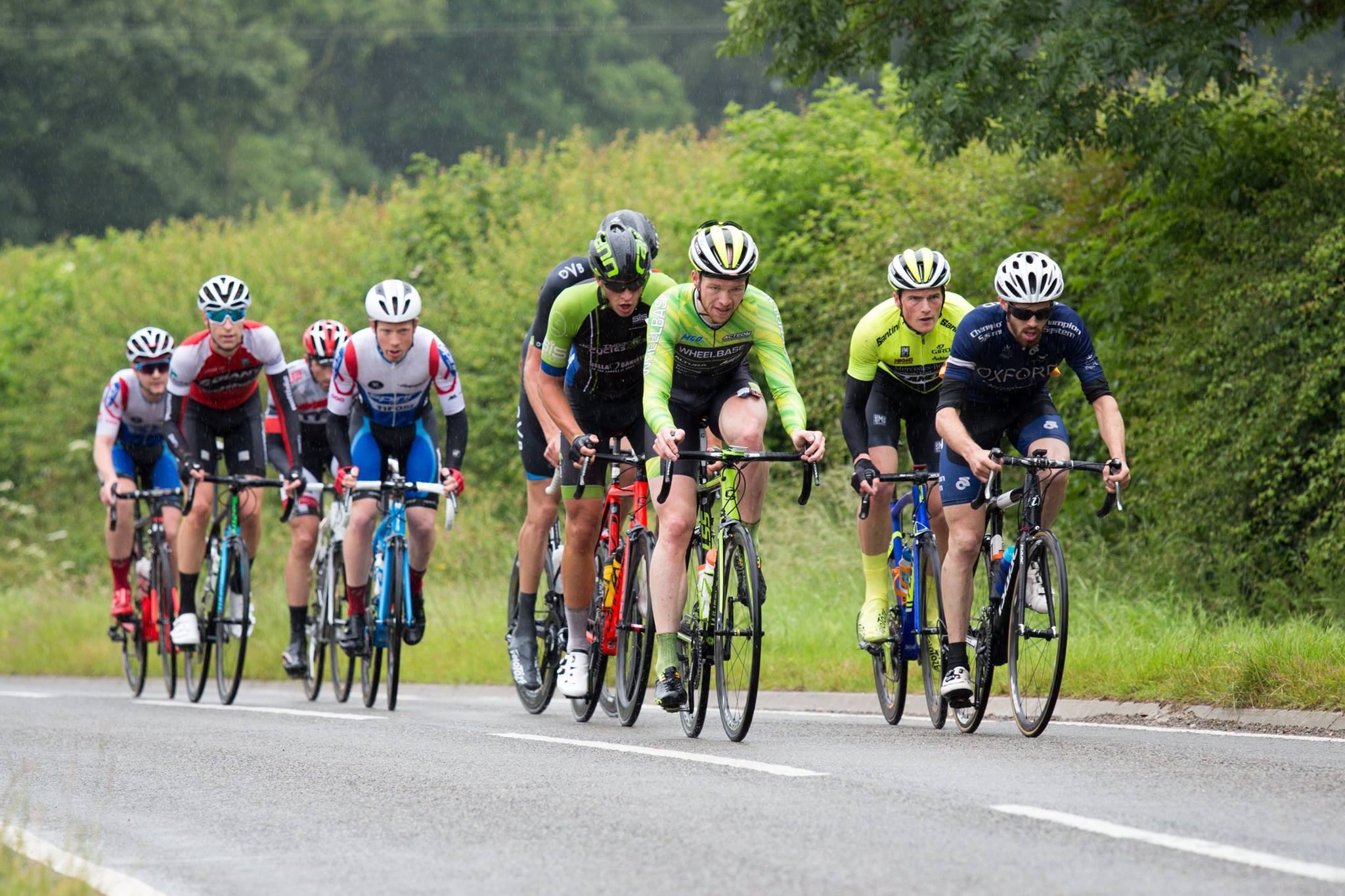 With less than 5k to go my legs went from â€œmake sure you bloody get round in this groupâ€ to â€œah itâ€™s done nowâ€ and when everyone started attacking I fell out the back with little more than a whimper. Suddenly I was on my own in a damn stinking block headwind, uphill and bonking, with no idea how far back the bunch was. Desperately crawling up the road at half my previous speed, I was passed by a motorbike and the expletives started flowing. Thankfully he was just leading a small chase group, but they were fresh and keen. I wasnâ€™t. Fell off this group too and just, just beat the bunch home for 16th, one place out of the points. I think it was worth it. Maxwell won and showed that 19 year olds donâ€™t care about the rain.

Meanwhile James had lurked for 104k quite successfully, and made a decent go at escaping the bunch on the finish climb before cramping â€œin every muscle of my bodyâ€. He came 49th.

Tarmac Tour of Hertfordshire Berkhamsted Castle Cycling Revolutions Festival Reg A Our approach to this, after the last two races, was that it would be caaaj. It wasnâ€™t really. It wasnâ€™t hard either but our plan of rekking the field on the first three laps didnâ€™t work, because the hill took 15 seconds to climb and there was a headwind on the descent. However the HQ was in a cricket pavilion, they had the Tour on a big screen, it was sunny, it was a 234 and there was a castle. James did a good opening lap and I hit the climb full gas on lap two, but this shelled precisely no one. After that it was a case of sitting and chasing. I had a couple of exploratory ventures out the front but got brought back on the descent because Iâ€™m not fat enough. With what I thought was 15 minutes to go Josh Aitken of Fast Test RT went up the road about 50 yards, so plenty of time for him to blow up like every other move. However the organisers apparently thought our race was pretty boring and put the 3 lap board up. No one seemed inclined to bring Aitken back and I preferred getting mugged off in a sprint to being caught out letting him stay up the road, so drilled it for two laps and got the bunch back in contention with Â½ a lap to go. Obviously then everyone came over the top and I entered the penultimate straight about 8th. Managed to get on a decent looking Corley Cycles wheel (Luke Morgan), who towed me up a bit, with Guildford in my mind I held it safe through the last corner and sprinted for 4th. Reasonably happy with it. 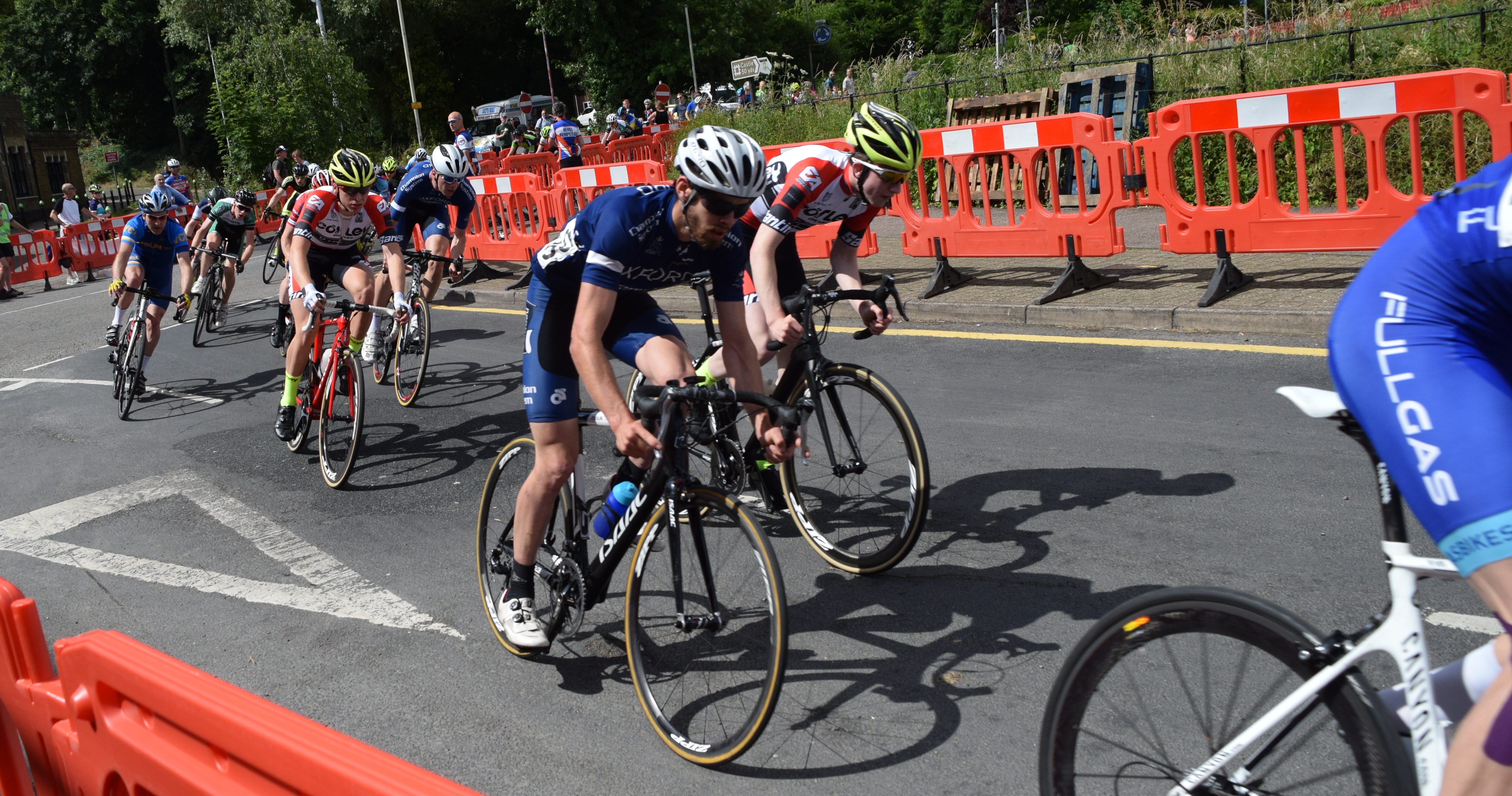 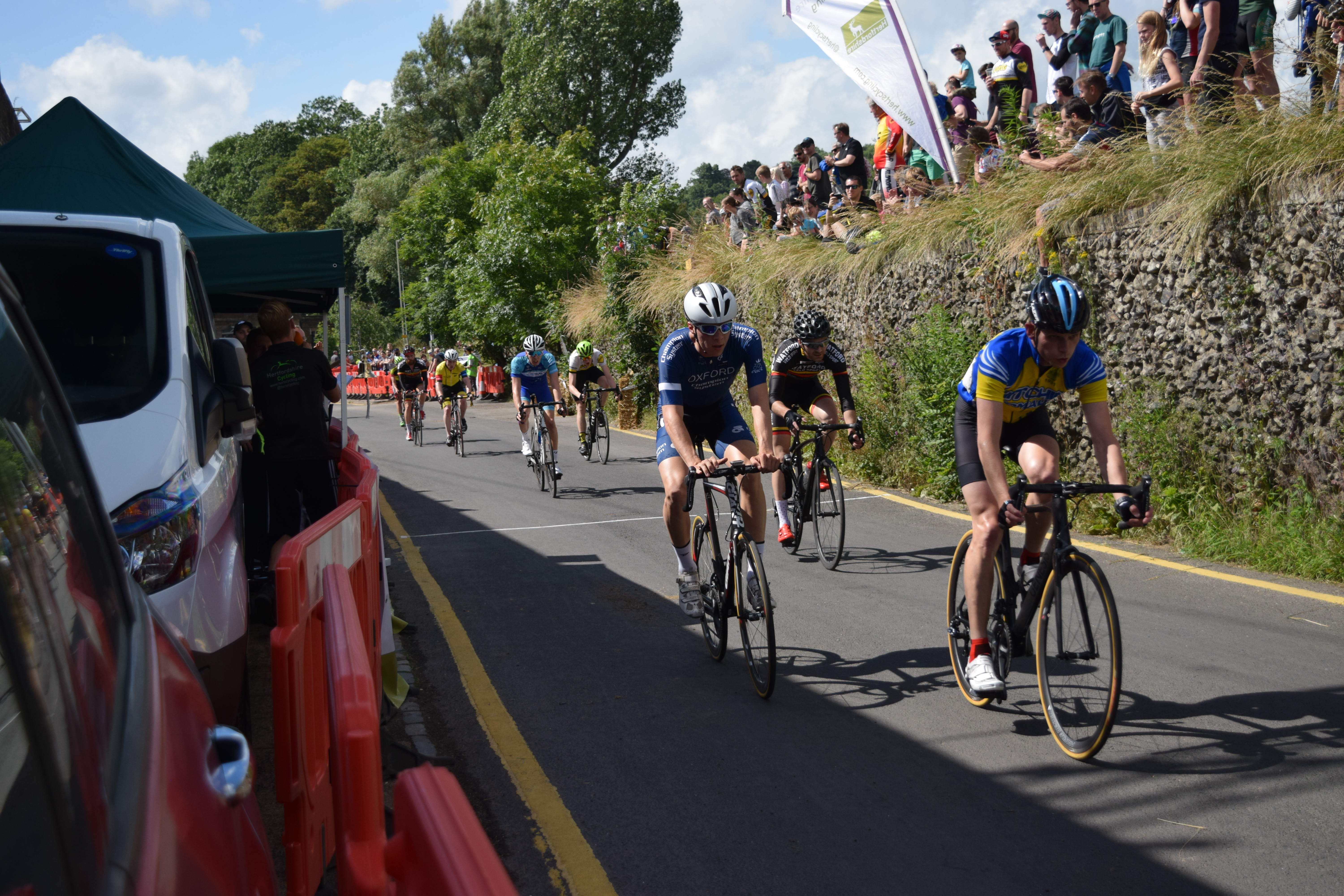 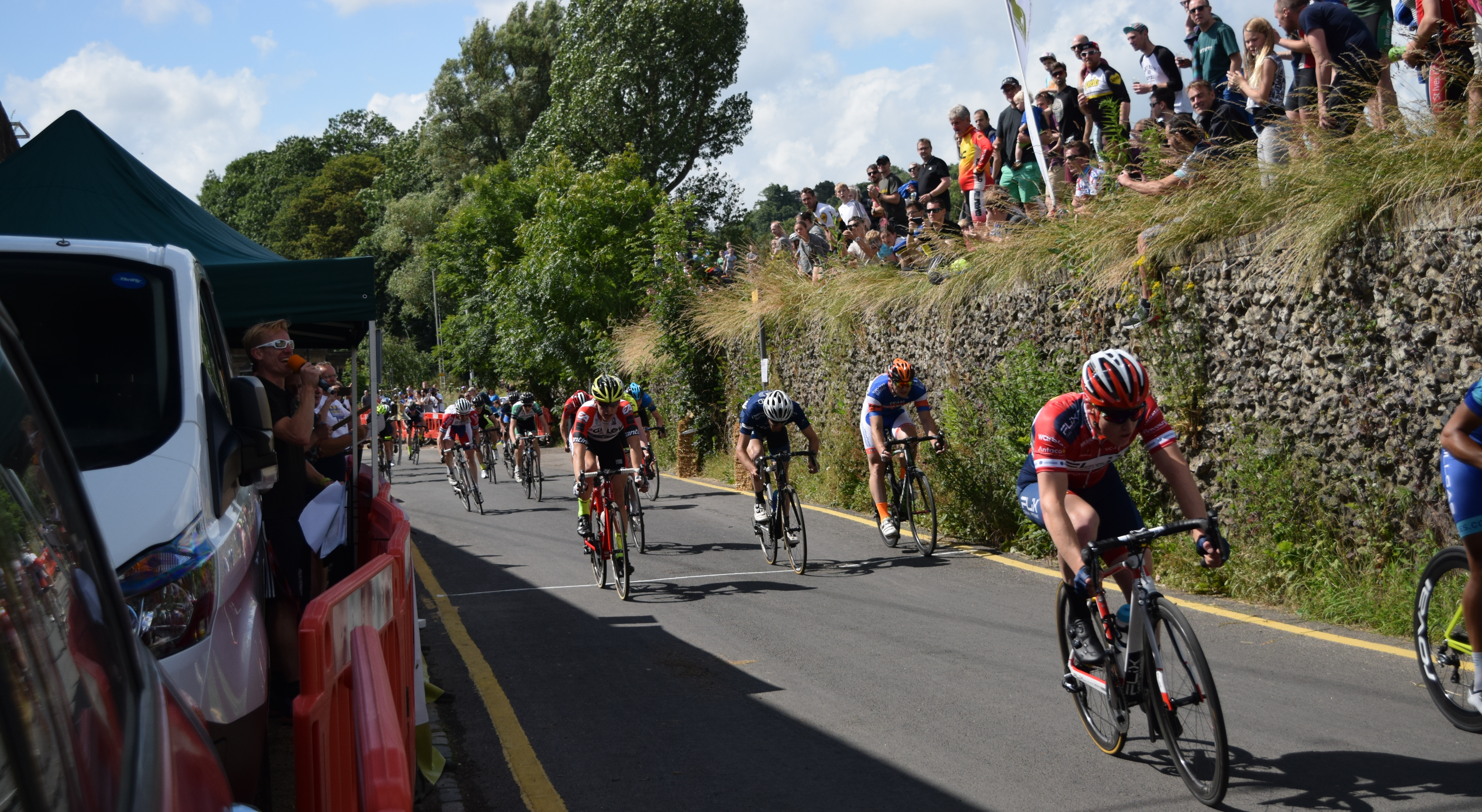 Chepstow GP Support Race Reg A The last stop on our tour was the one most promising for a good time. We served as a warm up for the Elite Circuit series later in the evening, which meant the course was proper, the crowds were reasonable, the team buses were in attendance and the hill â€“ peaking twice at 10% with a downhill chicane halfway up – was certainly punchy. A fast sweeping narrow S-bend completed a wicked good lap.

Despite Chepstow consisting mostly of carpark, the non-pro racers (thatâ€™s us) were directed to park several miles away, and due to an as it turned out entirely fictitious sign-on deadline we eerily pre-empted events 24 hours later and ran (down) the hill. Yet another excuse to fall back on later when trying to climb out of the box.

There were no roads to warm up on at all. Whatever, it was fine, the plan that was supposed to work at Berkhamsted fully came into its own here, the bunch was shredded after a couple of tempo reps up the climb. Two guys attacked early in the supposed 30 min race but crashed before we could chase. Rhys Phillips (NFTO Race club) got up and did a super job getting back on to finish 5th, the other dude stayed down. We kept rolling round fairly briskly, tried a couple of one-two punches with Lambton but with only 9 left at the front this didnâ€™t come to much. It turns out no one will actually run a race for the advertised time and the 3 lap board went up at the same time that they announced â€˜ten minutes to goâ€™, about ten minutes too soon. This led to me being on the front for the final three laps but that didnâ€™t seem to matter, I went with possibly the most clichÃ©d move in bike racing and attacked on the final climb. Got a decent gap and then it was just a matter of trying not to bin it down the descent before I could sit up and try to come up with the most pro team-attractive celebration for the boys in the real race.

Lambton got round in 9th for his first points of the tour and an outrageous 378np which obviously vanished once he plugged his Garmin in but I can vouch for its existence. 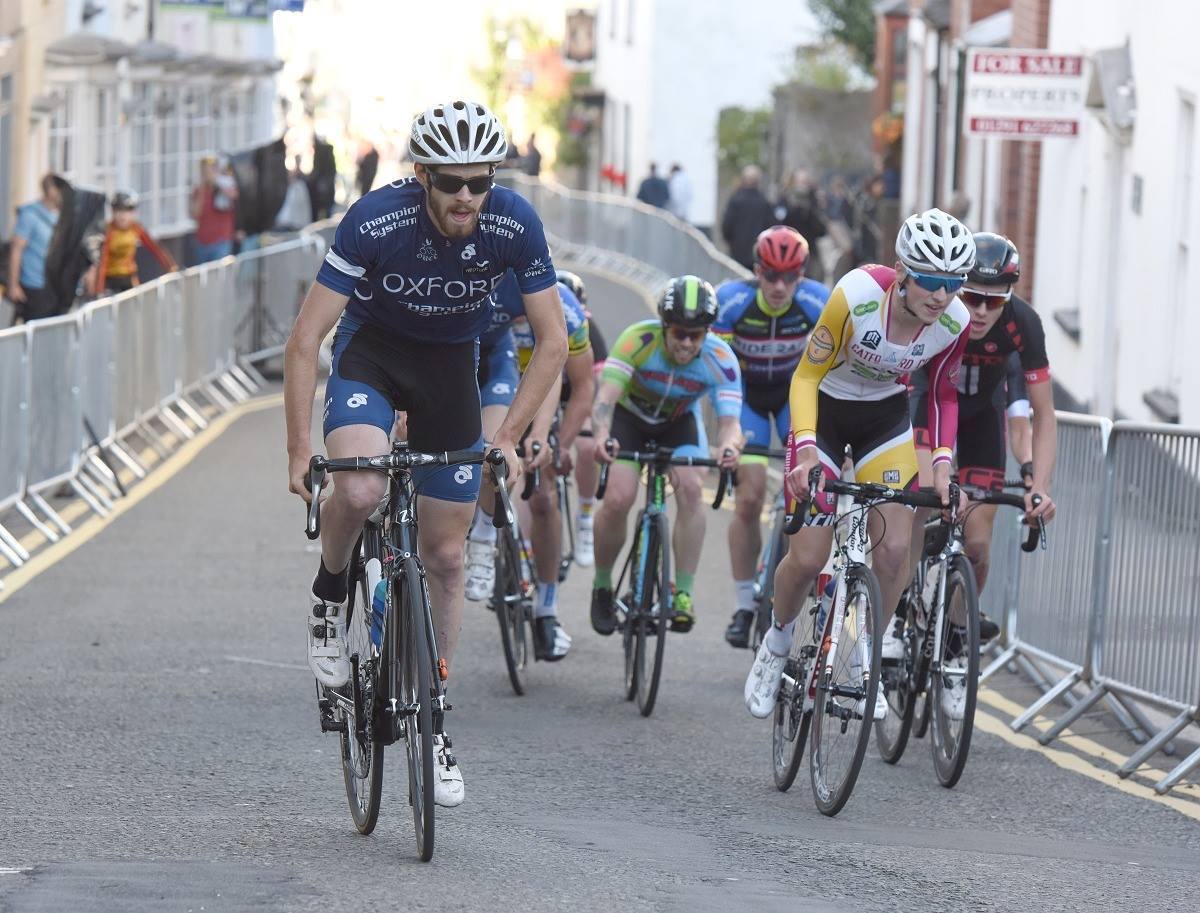 Thanks Jamz for driving and staying cheerful while putting up with the level of shit I talk about Strava/BC/VeloUK/are we gonna make sign on/are you sure itâ€™s this way/what if itâ€™s not, and my parents for coming to watch Burke Hampstead so I could snag a lift home.