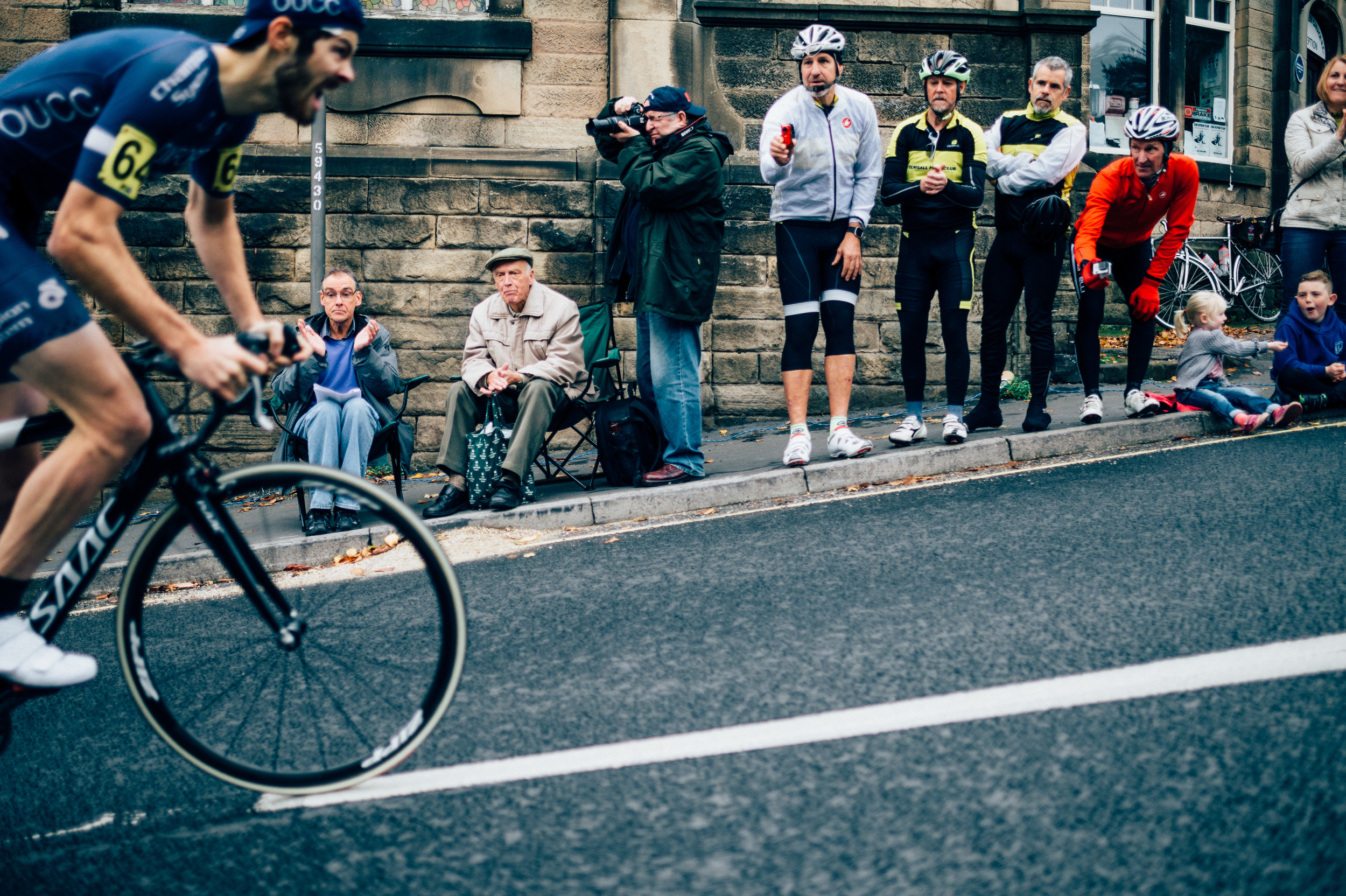 So as we sit in the freezing January weather, here’s a throwback to happier times, and maybe a bit of motivation for winter training. OUCC rider Isaac Mundy had an absolutely insane breakout ride at the National Hill Climb Championships 2016, storming to 2nd place in his first ever Nationals. Big things to come from this rider in the future so watch this space.

Since it was announced last year that the Nationals would be taking place on Bank Road, Matlock, I had them in the back of my mind as a goal for the season. Whilst I did a lot of road racing, crits and even some TTs somewhat for their intrinsic value, the underlying motivation was to be able to come into September on form and then top that up with more specific interval sessions, leading through the domestic HC calendar to the end of October.

This seemed to go to plan, as while I missed out on a win at a couple of the events I really would have preferred to have won, my hill climb season generally went pretty faultlessly; was really happy with my numbers and the practice I was getting. This lasted until about two weeks before Bank Road when I began to prang about my Coggan training stress balance being too negative, my watts being down on September, it was really cold and riding sucked, had a perpetual cold; basically I had a bitchfit that lasted until the morning of nationals. It was mostly psychological and in the end I turned it up slightly more than expected, while the result was a whole lot better than I expected.

After the Bristol trip the weekend previously I had a couple of days to do final tweaks to my bike before starting work on an opera and doing long days for the remainder of the week. Was worried about fatigue but actually, think it was beneficial being out of the house and with my mind on something completely removed. My mum had some weeks previously very kindly agreed to spend the weekend in Derbyshire and so after leaving at a very civilized hour, possibly après-midi, we arrived for a few hours catching up with people and hillz.

In 1893 Bank Road became the route of a cable tramway, which on completion was the steepest such tramway in the world. This tells you all you need to know. The tramway closed in 1927, while the road closed last for a hill climb in 2008, when the Nationals last visited. Matt Clinton took the win from Bill Bell; both would be competing this year but neither were really expected to trouble the podium. As Tejvan says, Matlock is a young man’s game.

I spent a while sorting out my ‘gate gear’ and then how many I’d need at the top; though leaving the 14t on was a bit optimistic, in order to turn it properly I had to do over 1000w. I didn’t do that in the race. But better safe than save 10g. I then timed how long it took from the club finish to the CTT finish, rode up Riber Road because it’s absolutely savage and headed back to Ripley premier inn.

The clocks going back meant the start was even more leisurely than a 12pm start would have otherwise been, and I can claim to be the first rider to sign on, having made sure to get the optimum park, in the HQ carpark about ten yards from the start. After spending a serious amount of timing pinning numbers with my mum (and using Rapha’s super-poseur mini pins nicked from their Reg A) it was time to put the plan into action. Espresso at 11:10, gents, on the rollers at 11:30, gel at 12, gents, off the rollers at 12:24, activation on the road, get used to bike not on rollers, in the queue at 12:29.  Normally when you plan these things it never quite works out how you want, spending too long peeing or something, but on Sunday it worked to the minute. I did begin to feel sick about an hour before my start, but did my upmost to enjoy the butterflies; events in which you’ve set so much in store personally don’t come up too often, so I think it’s important to revel in the pressure and recognise how lucky we are to be able to devote serious preparation and effort to something essentially so ridiculous.

The bits I can remember from the race itself are just ‘ooh I’ve gone out a bit hard’ (877w for 25 seconds), ‘hm I’m having to stand up earlier than I planned’ and ‘I’m trying to sprint but I can’t move my arms’.

After that everything was really happy and a blur of retching, wondering whether Rob Borek was actually going to die, screaming at people, eating prawn bagels and muffins, packing up my tubs for the last time and gradually getting more nervous and ceasing to check the updating results board. It was only when I heard James Lowden gleefully report ‘third – twenty point eight!’ that I realized it might have come off, and the stream of people coming out of the HQ saying well done.

Personal race aside, it did seem like there was a general feeling of jubilation. Partly the end of the season and a smooth event unaffected by changeable conditions; a great release of pressure after many collective months of intervals, but also the results – not everyone can finish where they desire (I think particularly Bussell, Dan Evans, Joe Clark and Lee Baldwin can be disappointed though Richard seemed perfectly sanguine afterwards) but it was fantastic for James Hayward, Leon Wright and Will Bourne to all make the top ten, doing it for the South along with me and Lowden. Kieran Wynne-Cattanach showed up a lot of big names by slipping in 4th, Bill Bell’s vets’ title never looked in doubt and young Harvey Weinburger continued his good run of form to win juniors. He’s got another two goes at it to boot.

However nothing matched the support for Adam Kenway when he took to the stage. The only possible way to escape any bitter feeling about his accident (http://www.cyclingweekly.co.uk/news/racing/car-crash-hospitalises-national-hill-climb-favourite-adam-kenway-joe-clark-wins-yet-296544) was to win, an outcome which it’s fair to say no one was expecting. I’ve never been so happy with second before.