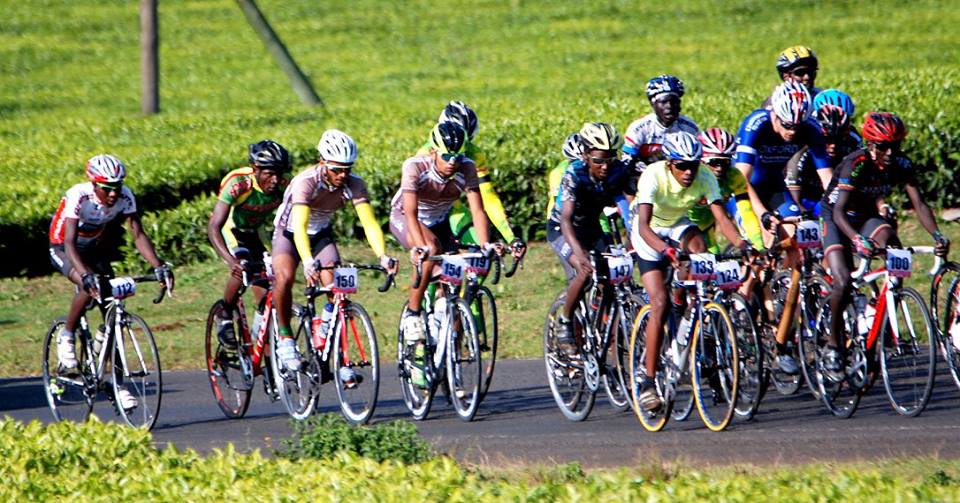 After landing in Nairobi and posting my first ride on strava I was quickly met with an invitation to sign up to one of the major road races in the Kenyan racing calendar – The Farmer’s Choice Road Race. With just a week to get used to riding at 2000m altitude and make a few modifications to the bike I’d travelled with, come race day I had more than a few nerves. Anyway I made my way to the start line in the knowledge that I had been entered in the elite category, had put some road wheels on my bamboo bike and assessing the probability I would have to pull a Dumoulin soon after the start!

The race began in a civilised enough manner and I thought I’d gotten away with my lack of warm-up. Unfortunately the pressure started to be piled on as we hit the climbs of the circuit. By the end of the first lap I was cooked and gratefully shelled along with several others. Together we continued to make a race out of the day. We came together as a group of 10, placed as the 3rd group on the road, with no realistic chance of chasing anyone down.

The rest of the race was a case of us not working together and having fun racing each other, with me being dropped up every ramp then clawing back to the group when the gradients eased up. Knowing that we were heading for an uphill finish, I was able to make a move stick and drop my group on the flats of a descent, using all the weight I’d been carrying around with me. To my dismay, having thought I’d somehow managed to carry out a racing wonder move, 4 of my group from the Safari Simbaz  rejoined me just before the final climb – inevitably leaving me behind at the finish line.
It was a really great day out – maybe some OUCC team mates will join me next year!
Ollie
Tweets by @OUCyclingClub