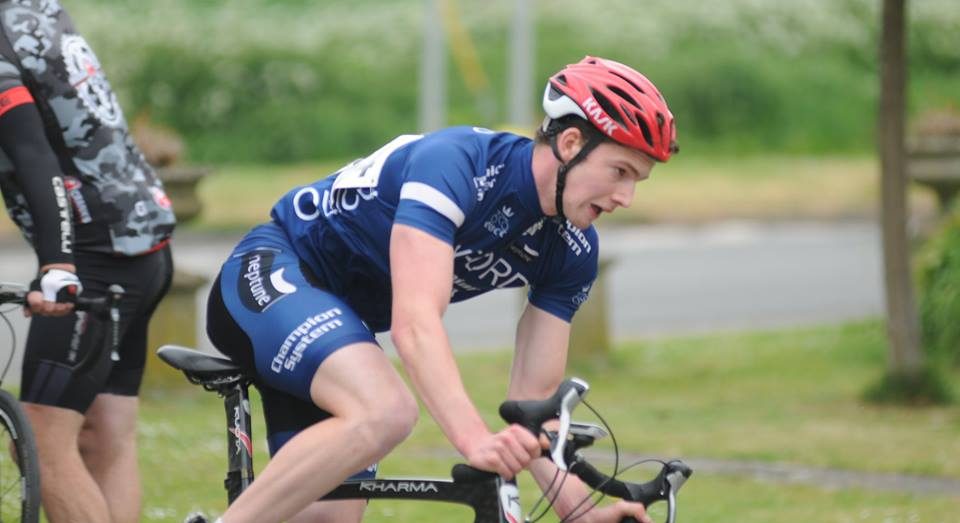 We are delighted to announce that OUCC has joined the Oxfordshire Road Race League (ORRL) for 2017. This a huge opportunity for the club and will make a massive difference to the accessibility of local road racing for our less experienced members. This weekend’s race was hosted by Didcot Phoenix CC in Great Shefford. We sent Josh and Joe, both of whom would be riding their first road races.

A 9:30am start called for an early morning train to Newbury, a short 10km spin from the race HQ. This gave plenty of time to discuss goals for the race. With no prior experience of the course or road racing it was agreed that finishing would be an achievement in itself. We were joined on the train by two other riders and based on their ‘spin’ over to the HQ it became apparent the standard was quite high. This would be no 4th Cat Crit for sure.

Upon arrival it was clear this was a very well organised event and as newcomers to the league we were made very welcome. The course was 4.5 laps of a rolling 17km circuit with the finish at the top of a long (too long for some) drag for 77km total. The clouds loomed ominously as the riders rolled out, the neutralised first 2km giving a brief introduction to the many potholes of Boxford. Joe would later claim that riding over them was as easier than avoiding them.

This is where things get interesting; the race vehicles pulled away and it was on. This coincided with the long drag and the race went off hard, very hard. This would be the fastest the race would go up the climb. By now Joe had worked his way up to the front third of the bunch while Josh was caught sleeping and found himself in the last third and at the mercy of the accelerations due to the movement of riders in front. As the bunch reached the top Josh was off the back trying to chase on with four or five others, if only the hill was 30m shorter. Ultimately it would be race over for him after just half a lap.

The race continued at a high pace, in excess of 41km/h for the first full lap and consistently fast until 2 laps in where a crash split the bunch. Joe narrowly avoided this but found himself caught solo between a large front group and a smaller group behind. By lap 3 the race had come together and it appeared the pace had dropped considerably as everyone was collecting their last reserves for the final smash.

On the final passing of race HQ with 9km left a brave solo break had gone off the front with close to a minute gap, eventually taking the win. A final selection of about 20 riders including Joe were chasing hard behind. As they hit the final ascent the pace increased as riders fought for the precious remaining points at the line. This split the race apart with Joe and a number of others losing touch with 5km to go. Joe rolled home after an incredible effort to complete his first road race at an average speed of 39km/h, a little faster than the local Tuesday chaingang but for twice as long.

The train journey back was ample opportunity to reflect on what was a great experience for both riders and share stories of the race. There is a lot to be learned but with plenty of ORRL rounds left there is no shortage of opportunity. We would like to thank the organisers and Didcot Phoenix CC for a great race, we look forward to going again at Arncott.