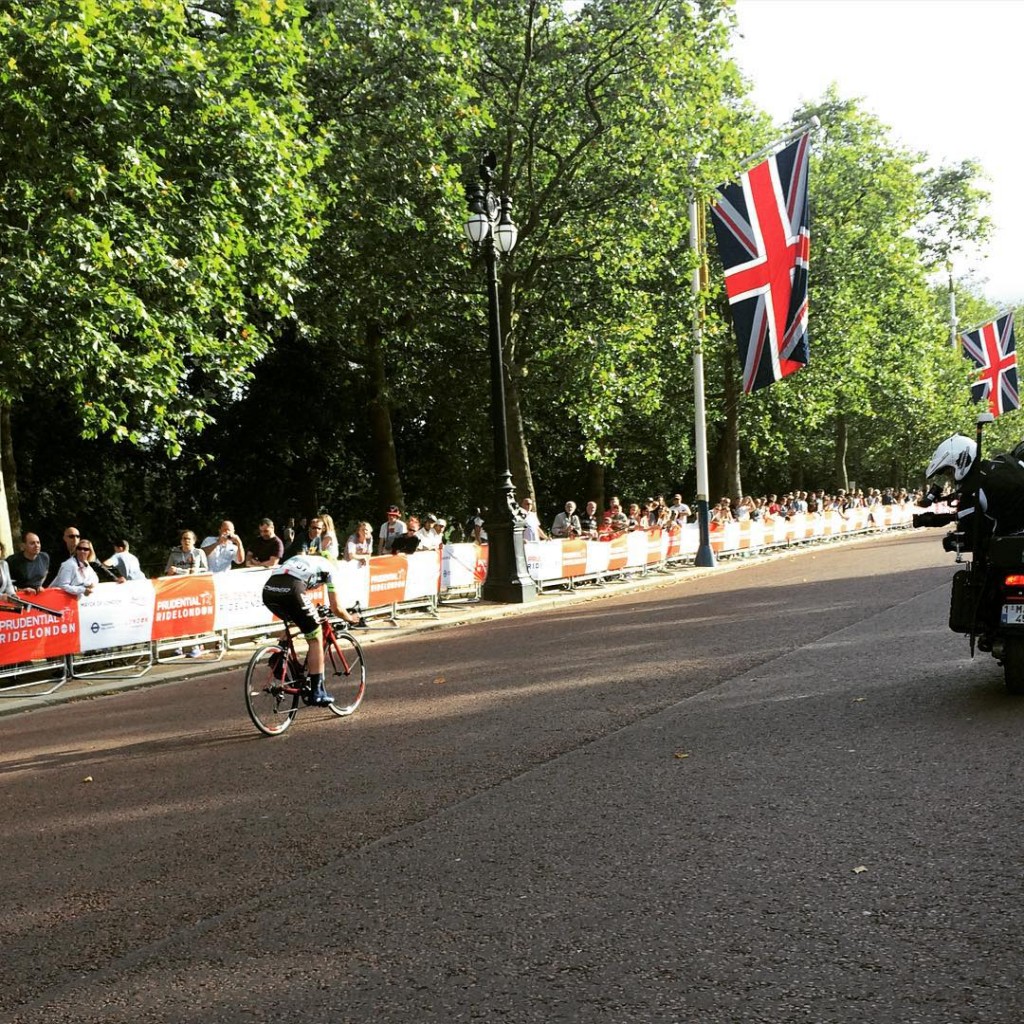 As part of her role with the Zappi’s Racing Team, our President Tamara Davenne got to mix it up with some of the best female cyclists in the world on a fantastic course in central London on Saturday. She put in a good showing and even got herself on live TV! Here is her report of how the race went.

London women GP took place last Sunday. One of the biggest women cycling events in the UK with live TV coverage by the BBC. We parked between Wiggle Honda motorhome and Pearl Izumi van, time to sign on, pin the numbers on, warming up and quickly it is time to race!

With more than 100 participants on the start sheet and the biggest pro teams in the UK, I knew it will be hard but it made the challenge even more beautiful! We had a chance to do few warming up laps on the track after the Brompton race and quickly we are lined up behind Laura Trott, Dani King, Nikki Juniper and other champions for 45min of fun.

The course was a 2km lap entirely flat, one narrow corner that the bunch had to enter at lower speed. The speed was high from the gun, with the best team taking the lead: Wiggle Honda, Matrix fitness, Cipolinni, Pearl Izumiâ€¦. In the first 10min I had the opportunity to attack, the adrenaline rush still made me fell amazing so I went for it. I couldnâ€™t believe there was a gap when I turned around. I was buzzing, following the motorbike, trying to increase the gap â€“ focusing on my breathing, my pedalling, it was really hard I knew it wonâ€™t last. One lap later I got caught, and I needed to focus on maintaining a good position in the bunch after having burned few matches for this short moment of glory. The rest of my race happened in the middle of the pack, I didnâ€™t realised all the attacks that happened until I watched the race on TV. When the Bells rung the bunch everyone got excited and as soon as we crossed the start line for the next time a crash happened taking out the whole line and involving probably 15-20 riders. Luckily I managed to brake before going over my bike and falling on Laura Massey & her bike (she looked okay and I tried to avoid as much as I could). I took my bike from the pile, put the chain back on. I gave everything in the last lap knowing it wonâ€™t make any difference, just by principle of finishing with an empty tank! With an average speed of 42 km/h it is the fastest short race I have ever done.

It was fantastic experience! It is encouraging to see that I managed to keep the pace and even to launch an attack! The venue, the atmosphere, the support from my team was great and I one thing is clear in my mind right now: I want to do it again!

The full report of the race can be found here: http://www.velouk.net/2015/08/01/results-ridelondon-womens-gp/