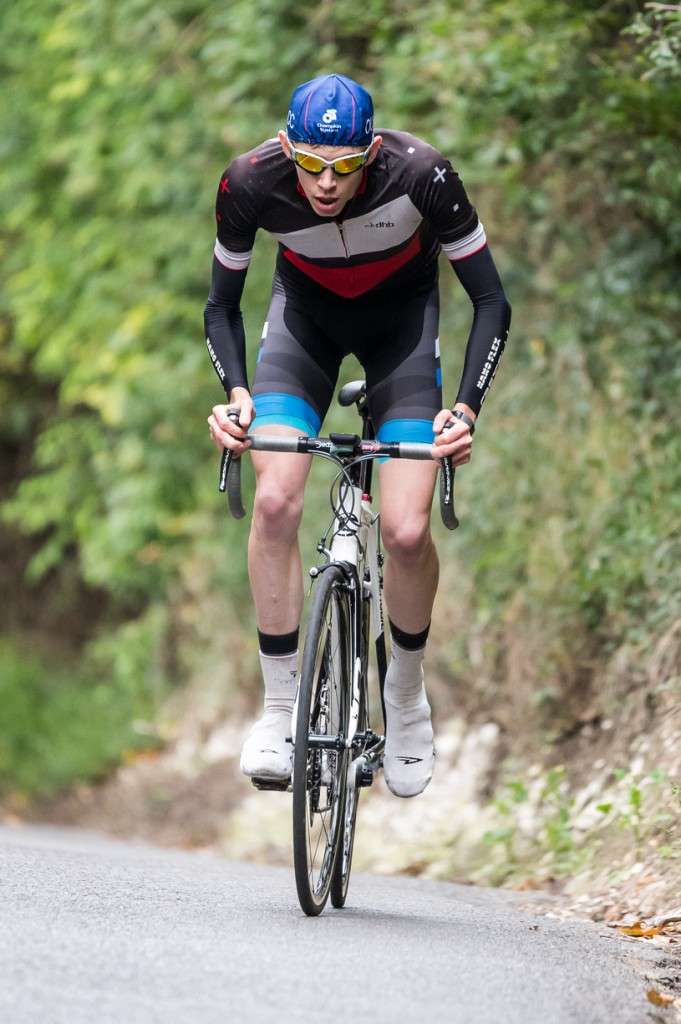 Last Sunday we had Tom Bolton and Angus Fisk head down to Streatley for the second version of the double header hill climb here. On exactly the same course as Didcot Phoenix ran their club HC a few weeks ago, Reading had an Open HC this weekend. With big names like Edmund Bradbury (6th last year National Championships), some fast times were guaranteed. Read about our results here.

“The good old Reading 2-stage Open HC has been on my calendar for a couple of months and I had been looking forward to trying to beat my times from last year. After a solid warm-up, I really wanted to give the first test up Goring an eye-balls-out effort, after feeling like I hadn’t gone hard enough in the Didcot event a couple of weeks ago. I managed a 5.34 which was a course PB by 10 seconds, and I felt like death at the end! The second test was the infamous Streatley hill; even though it is a lot steeper than Goring, it is over a lot sooner. I clocked in at 2.54 which was a couple of seconds off the pace of my previous efforts. I think fatigue was setting in with it being my third hill climb of the weekend – the Cowley Condor hill climb was the day before. Overall though I was faster so a good day of racing. Angus did an impressive ride on someone else’s bike to get 4th, and it was cool to NFTO rider Edmund Bradbury destroy both hills to take the win.”

This was my first Hill Climb event, after missing out a few weeks ago due to illness so I was quite nervous and excited to see what it was all about. Iâ€™d done some hard intervals during the week but still had no idea of the pain to come! It was beautiful spinning out through the fog first thing in the morning, giving me plenty of time to get pumped for the race. Unfortunately as I pulled in to the sign on carpark, disaster struck. The rim on my back wheel cracked and let a spoke out, leaving the wheel unable to turn, completely unrideable. After swearing loudly and trying to figure out what to do, David Ravenhill jumped in and offered to let me use his bike, a very noble gesture! After making 100% sure that it was alright I signed up and got ready for the race.
Iâ€™d never ridden either hill before, but had watched people do this course a few weeks ago so had an idea of what to expect. Goring hill I went out full gas, and smashed it out of the saddle all the way up the steep part to start with, loving the lightweight bike I was using. After that it was a matter of just hold on and suffer to the top, trying not to look at the woeful power numbers I was doing on the second half of the climb. I sprinted for what felt like forever for the top of the hill and eventually came past the line in 5.33. 4th by 0.1 of a second.
Streatley an hour later was a completely different beast, it just kept getting steeper and steeper! Again I went hard at the start here, but tried to stay seated to give myself somewhere to go as it got steeper at the top. I got out of the saddle a lot earlier than I had planned to but needed to just keep up the momenum. I was starting to struggle as I came into the crowds at the top, the airhorn and cheers helped me dig that little bit deeper to sprint for the finish that just never seemed to get any closer! Finally came across the line in 2.46. Again 4th.Â
Overall ended up with 4th, which I was incredibly happy with given it was my first ever hill climb event, probably helped by the nice light bike I got to use as well! Came home with the lottery prize too, so smiles all round despite having a ruined wheel!Â
Good effort to all our racers and good luck for the rest of the season to come! More photos here
http://www.swarbrick.photography/p299054237
Tweets by @OUCyclingClub