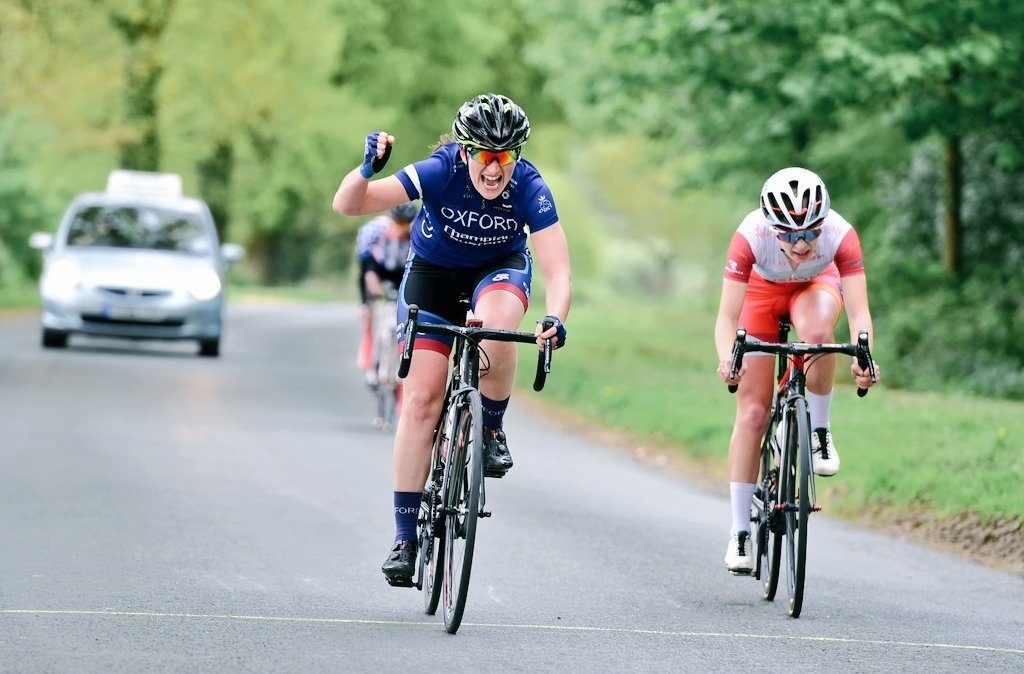 This weekend saw an exciting  trip to York to compete in BUCS Road Race on Saturday and BUCS Crit the next day. We’re done with TTs, it’s time for the real games…

Angus and Tamara headed up north on Friday night. On Saturday morning there was time for a quick breakfast before heading for the women’s road race, 4 laps of a hilly course (70km in total). The roads were dry, the temperature was a lovely 14 degrees and 40 women from all over the country took the start. Tamara knew the circuit quite well having raced there twice before, finishing in the “unlucky” 4th place last year. This year they changed the finish line that was at the entrance of Torrington, a more flat finish on a rough road.

Early in the race Tamara kept an eye out for who looked strong who wanted to work, making sure she was always in the top 5 riders to react if someone attacks. The race quickly hit the first ascent of the Bulmer, a short 700m at 7% average with a steep 25% in the first bit. Freya Rowlins looked comfortable and was smashing it up that wheel, Tamara went on her wheel and so did Molly Patch. They kept on pushing to the top of the hill where Tamara looked back and shouted “we have a gap”. Looking down she realised they were only 15km into the race, that’s an early break! No panic: Molly is very strong and Freya looked incredible up the hills. The first 5-10km of that break saw Tamara suffering hard, the pace was high as they fought to increase that gap.

Freya, Molly and Tamara worked well together finding their pace and almost enjoying their mini chaingang. Three more ascents of the Blumer and they were approaching the finish line, on tired legs. Tamara has raced against Molly a few times, being beaten in the sprint on the most recent occasion (at Lee Valley). Tamara was amendment that wouldn’t happen again. With two km to go, Molly attacked, Tamara reacted and stayed on her wheel. Then Freya attacked with about 1km to go, Tamara chased her. She never found myself in the wind… last 2 corners and the finish line was in sight – Molly launch her sprint, Tamara reacted immediately. Molly had launched early on what was a  bumpy road, Tamara give it everything and managed to overtake her in the last few meters before the finish line to take the win. What a race…

It’s the first time we can remember a break succeeding on that course. It was a tremendous effort by the three of them to create and maintain a gap of several minutes on the bunch. They were surely motivated by the knowledge that whatever will happen, if they stayed away, they would all all be on the podium. 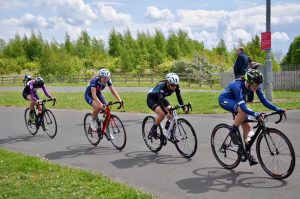 The next morning the legs didn’t feel too sore and although we had a rainy morning, the sky quickly cleared. At the York Sport village it was a lovely 17 degrees and a windy, dry circuit. There were around 20 girls at the start of this 45min long Women handicapped race. The 4th cats started 15sec behind the 3rd cats who were 15 sec behind the 2nd cat riders. So for Tamara’s group it was a case of chasing these 3rd cat riders, then the 4th cat. Then when everyone was together, it was just a matter of trying to get away.

There was a technical hairpin at the bottom of the course with a headwind out of it where everyone went really hard each lap. It was a perfect place to test people and see who is strong and prepared to react to moves. Tamara attacked and Cindy Berry (University of East Anglia) went with her. This was probably around 10-15min in the race. Cindy is strong and they quickly got a gap by pushing hard on the headwind section.

Tamara could tell Cindy was suffering more and it became obvious when she had to take a 2 lap turns. She thought at that time: it’s probably time to carry on solo. After Cindy took a lap long turn Tamara made her move – as predicted she was tired and couldn’t react. Tamara spent the last 15min in the box, opening a gap. Cindy managed to maintain her gap on the bunch (impressive, she totally earned it!).  Tamara had the pleasure of crossing the line with her arms in the air celebrating her win! 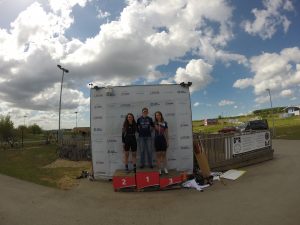 Tamara loves racing on that fantastic circuit and this weekend was no exception. This was probably Tamara’s best achievement in OUCC colours so far, it’s hard to imagine how it could get any better than this!

The University of York cycling club did a fantastic job organising all the weekend’s races and we are keen to come back next year, expecially Tamara one last time.

OUCC also had representation in the weekend’s men’s races by Angus Fisk. He rode aggressively in a strong field in the road race and even made a solo move off the front of the bunch in the penultimate lap. This was eventually brought back and he rolled in for 26th.

Angus was similarly positive in the crit, getting in several moves and eventually finishing in 6th place. A really positive set of results in a stellar field. 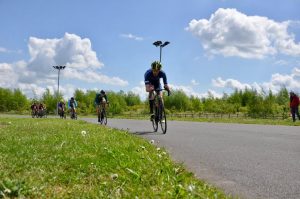 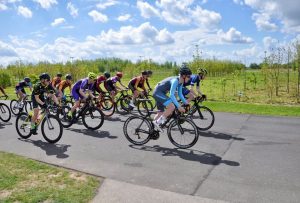 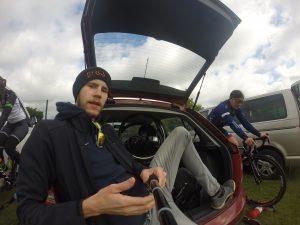 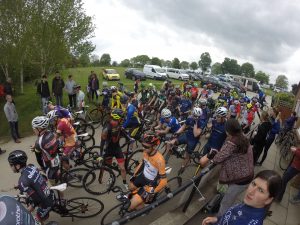