Last week Angus Fisk and Isaac Mundy headed out to Bristol for the Bristol Uni Hill Climb, and Isaac came away with the win! Great effort, and some good form coming around just in time for BUCS hill climb!

For the University of Bristol hill climb, a super early start didnâ€™t seem feasible & so we tripped it down to Briz the day before, to stay with ex-OUCC MTB Captain, Hildasâ€™ alumnus and chief architect of the Wrexham episode, Sam Holder. The race was happening on a beautifully surfaced bit of road, Belmont Hill, a cat 4 climb of 0.8 miles, only 7% average gradient but itâ€™s basically 9-10% all the way with a downhill corner in the middle. I felt the best prepared I have done for a HC; a nice ride out to the start, some gels, warm clothing and an actual warm up. My race started reasonably well though towards the middle I did suffer slightly from what is probably best described as hill climberâ€™s remorse (at ever getting into the sport), however the line from the Facebook event about â€˜putting it in the big ring and smashing itâ€™ stuck in my mind; in order to stick it to these Bristol lads I needed to stay in the big boy gears. Having a computer for the first time also helped no end as I was able to time my effort a bit more evenly, and rounded the last corner managing a decent sprint to cross the line in 3:12.1, enough to give me the win. Three cups of tea, a cookie, a huge piece of Walnut cake and a banana later we span back into Bristol.

I had been keen to do this HC for a while, but had to get into London in the afternoon so wasnâ€™t quite sure how to organise transport and bikes. Thankfully Isaac Mundy decided to come along as well which meant things were all sorted. We caught the train up to Bristol on Friday afternoon, and after getting thoroughly lost in the centre of Bristol, managed to find our way to Sam Holders place, an ex-OUCC member who kindly put us up for the night.
Fortunately it wasnâ€™t too cold in the morning, and it was a beautiful ride out to the startline, spying some other serious looking cyclists heading in the same direction. We got signed on and warmed up, ready to smash it up. I got on the start line ready to go. I started hard, determined to make it up the first little kick still going strong. I got over the first rise easily, but it was hurting more than I expected, it felt like a hard weeks training was catching up to me. I got over the first rise, and kept up the power over the second rise, and then came round a corner onto a long straight relatively flat section, and started to really hurt. I kept up at max effort but the legs werenâ€™t responding like I hoped they would, and felt like a crawl up to the end of the straight. I came to the second last corner and heard the cheers from the people camped out on the last corner, which made me put my head down and sprint for the finish. I got up to a decent speed in the finish, and ended up with a time of 3.22, which put in 8th place. Happy with how it went generally but hoping that some fresher legs would have done me better!
Thanks to University of Bristol Cycling Club for putting on a very well run event, with live updated times to give you a sneak peek at back at HQ!Â
Results
Photos 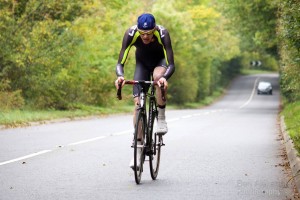 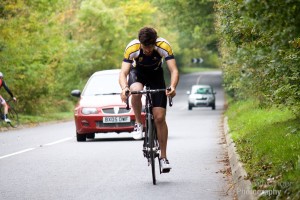 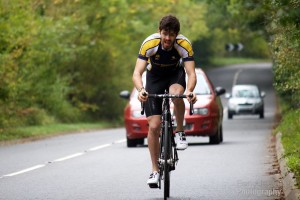 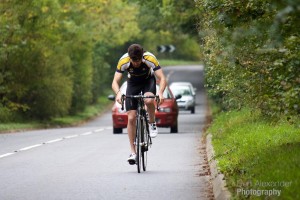 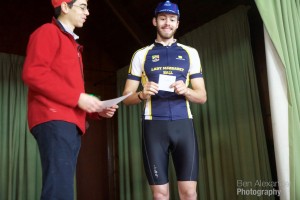 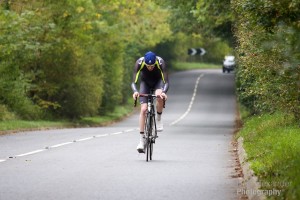 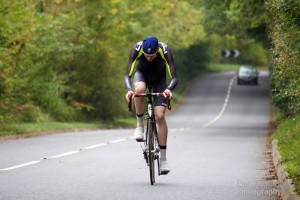 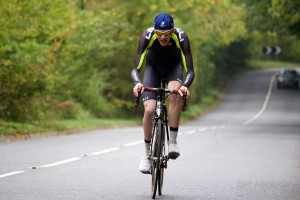 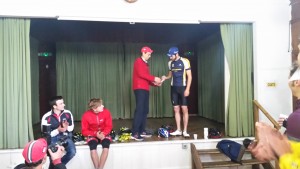 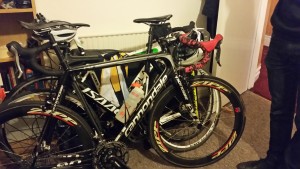