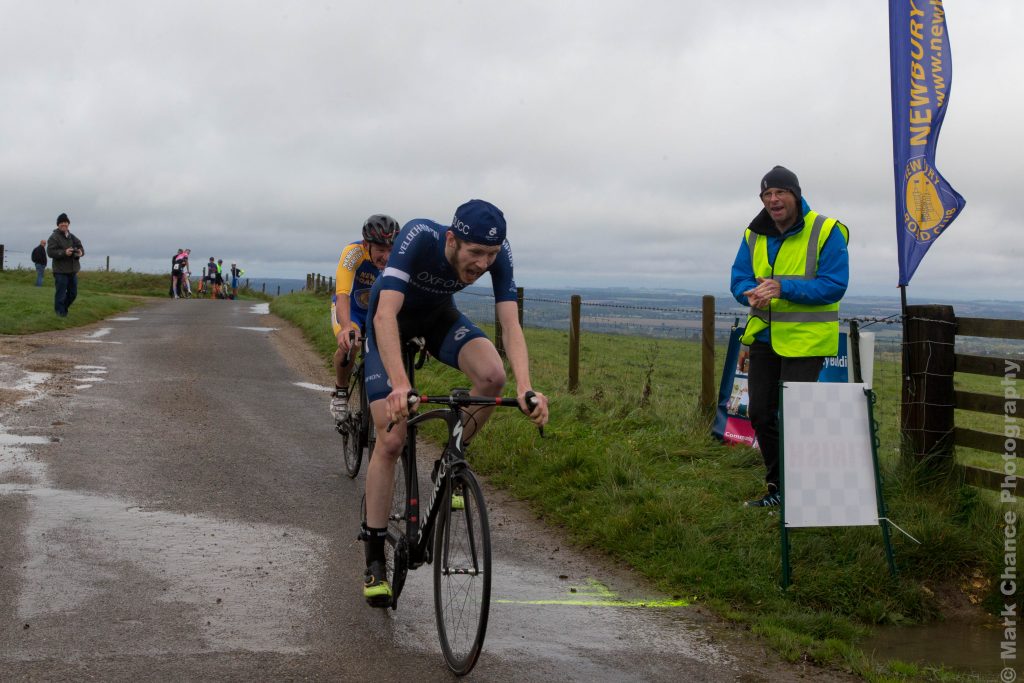 Angus and Mat made the trip south to take on the 2017 Walbury Hill climb on Sunday. Making use of the highest natural point in The South this is one of the premier races of the hill climb season and always has suitably impressive start lists and prize funds.

Angus put in such a strong ride that he caught his minute man – quite a feat in such a short hill climb. His 4:27.9 was good enough for an eye-catching 6th place on the day, highlighting his good form.

While less experienced at the niche that is British hill climbing than Angus, Mat put in a comprehensive ride to take 26th in 5:45.8.  There is clearly plenty more to come in the remainder of the hill climb season. Congratulations to Richard Gildea for taking the win and to Oxford based Greg Fitzek of the Condors for an impressive 2nd.

Many thanks to Newbury RC for organising a great event – we look forward to seeing you all when the hill climb scene comes to Oxford on the 22nd.

Thanks to Mark Chance for the photos.