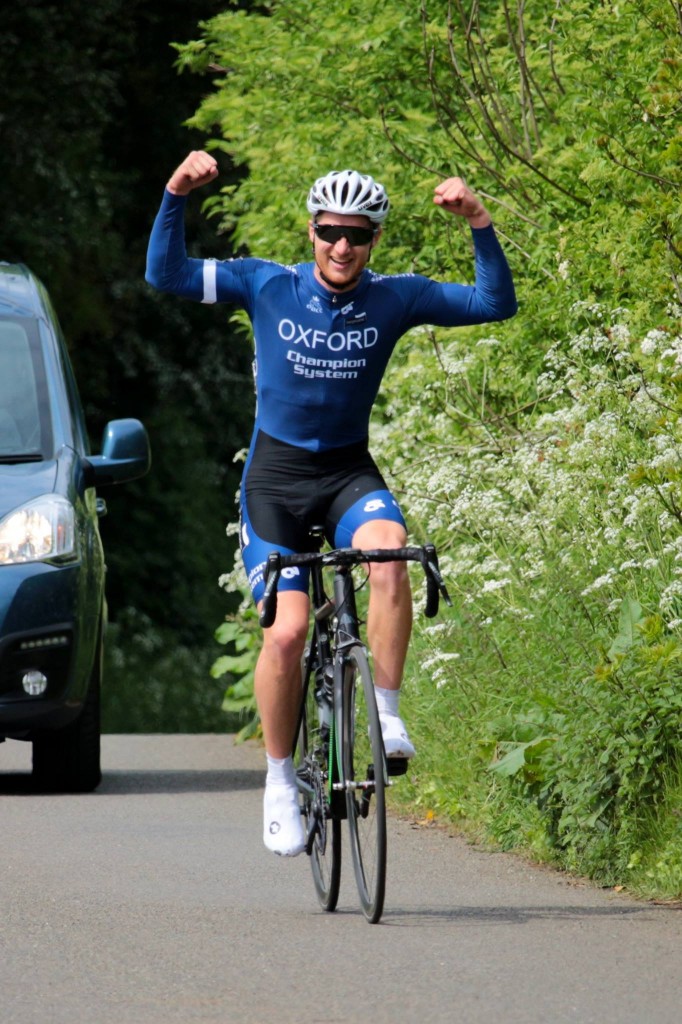 As May progresses the looming spectre of final exams has scared some of our members into spending more time in the Library than they do on the bike! Thanks to this it was a bit quieter for the club this weekend than it has been for the last few weeks, but when we did show up we went hard.

This week saw the return of our â€œStrava Segment Of The Weekâ€ competition, leading to massive influx of riders into a tiny bit of road near Eaton. Some incredibly fast times were recorded along the stretch of road which seems to consist more of potholes than actual tarmac at this point so great effort to everyone who gave it a go. Inspired by the Strava competition, Isaac Mundy took it on himself to go around sending unwelcome emails to James Lambton all week, and ended up with a ridiculous week of 270km at 33kph solo! Check out the newsletter for more details.

The Saturday club ride had a few new faces along which is always great to see, some unfortunate wind made it less than pleasant on the way home, as everyone tried to outrun the threat of the rain as well, but always good to be reminded how much to savour the nicer weather. As if to tease us, one of our members uploaded a ride to Strava from the idyllic Majorca, we hope that youâ€™re having fun there Joe Kang!

Sunday saw us heading off to the one and only race we had organised for this week, the excellent Banbury Star Road Race, featuring the fearsome Edge Hill. After getting a rider 11th last year, we knew this was a good race and had it pencilled in for a while. We sent off Angus Fisk and Daniel Alanine to see what they could do, with Rob Borek of Bristol South joining us as well. Hectic day for all involved, but the sun came out to make it a perfect event for us. Dan took home the KOM prize before soloing away for the win. Angus came in a solid third place, despite puncturing on the start line and being saved by an incredible bit of kindness from Jered Allcock of Shuttvelo rapid, giving him a spare front wheel in the nick of time. Well deserved pints in the pub on the way home for good measure. Excellently organised and run event, we look forward to being back next year! More from Dan below

Keep an eye out on our newsletter and facebook for the next Strava Segment Of The Week, as we tune up for the BUCS Road Race and Crits this weekend up North. We are sending our strongest team for quite a while so looking forward to seeing what they can do!

I awoke on the morning of May 22nd no more than 5 hours after taking my last sip of Mojito but nonetheless totally pumped for my first road race. After getting all my stuff into the car, the trusty rental wagon of course decided not to start that morning. Great. Fifteen attempts of turning over the starter motor was at best only met with mild sputtering and coughing from the 2.2 turbo diesel. Whilst seriously considering bump-starting the thing in reverse or ringing a neighbourâ€™s doorbell at 6:45 to ask for a jump, I pondered the prospect of having to tell Angus he couldnâ€™t race and instantly I hit max HR for the day. After some miracle the car starts on the 20th attempt and I whizzed across Oxford to collect Rob and Angus. High on Jack 2â€™s barest tunes but low on cookie-fuel and having omitted to bring race provisions, I mandated an impromptu stop at Costa, the only establishment open at the decidedly antisocial time of 8 am on a Sunday. In true OUCC style, our warm-up consisted of listening to sick dance beats (feat Adele), worrying about how aero our race numbers were and laughing at riders on turbos.

However, literally as we rode out to the safety briefing Angusâ€™ front tub decided to puncture prompting Angus to let out the loudest â€œF**Kâ€ I have ever heard but still that did nothing to abate the lols of the situation. Luckily a kind cyclist (ed. Jered Allcock, legend!) lent Angus a replacement front wheel just in the nick of time. The beginning of the race was predictably caj. I averaged 167 W for the first 20 mins which still featured people making dumb overtakes into oncoming traffic. However, as soon as we hit Edge hill for the first time the peloton went crazy; presumably because everyone caught a glimpse of themselves in each otherâ€™s Oakley jawbreakers and saw a small Colombian climber in the reflection. Luckily for me I was looking straight down at my stem and rode steady enough so that I could follow anybody deciding to go at the top of Edge hill. Thatâ€™s exactly what happened. Not thrilled with idea of spending the next 55 km in a break, I didnâ€™t push too hard after the top but a couple of clicks down the road I looked back and noted the peloton was in pieces courtesy of the hill guys having done a million watts up the hill only to pop at the crest (hi Angus). A few minutes after this I found myself leading the race and liking the feel of it so finally fully committed to the break.

For the next 45km the break worked surprisingly well together. The commissaires made life difficult by forbidding me from adopting the â€œpuppy pawsâ€ aero position on two separate occasions (even when riding soloâ€¦) but I shrugged off the setback and channelled my inner Cancellara instead. Eventually I decided the break was cooked and laid the foundations of a wattage cottageâ„¢ (Rob Borek) up the final ascent of Edge hill and soloed the last 11 km for the win with a gap long enough to both take a wrong turn at km 63.7 (thanks moto guy for beeping and showing me the way) and to thoroughly overthink the victory celebration. Seeing Angus ride home in third was delightful and banterous in equal measure as the guy who outsprinted him celebrated vigorously enough to suggest he was contesting the sprint for 1st placeâ€¦ 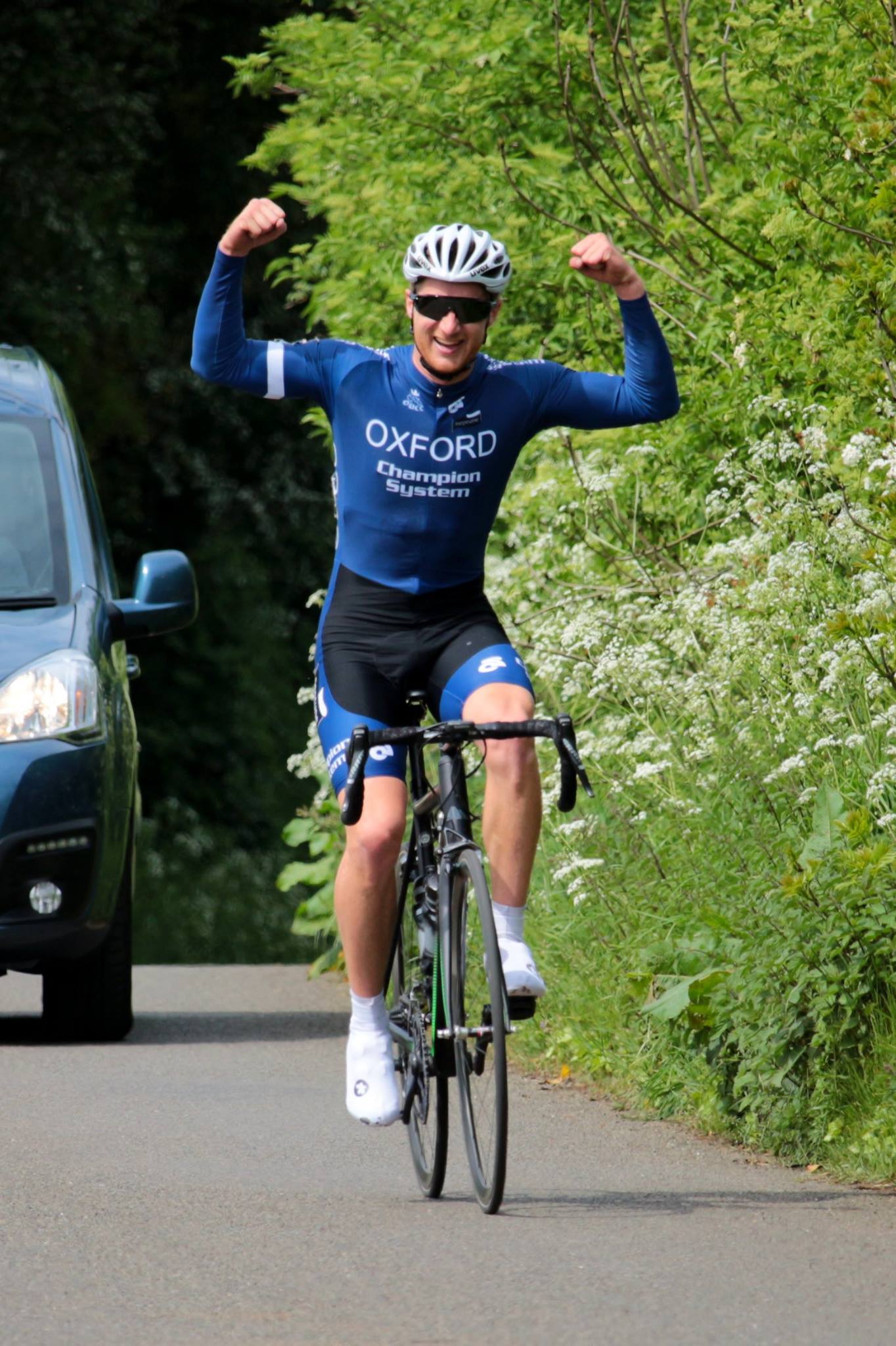 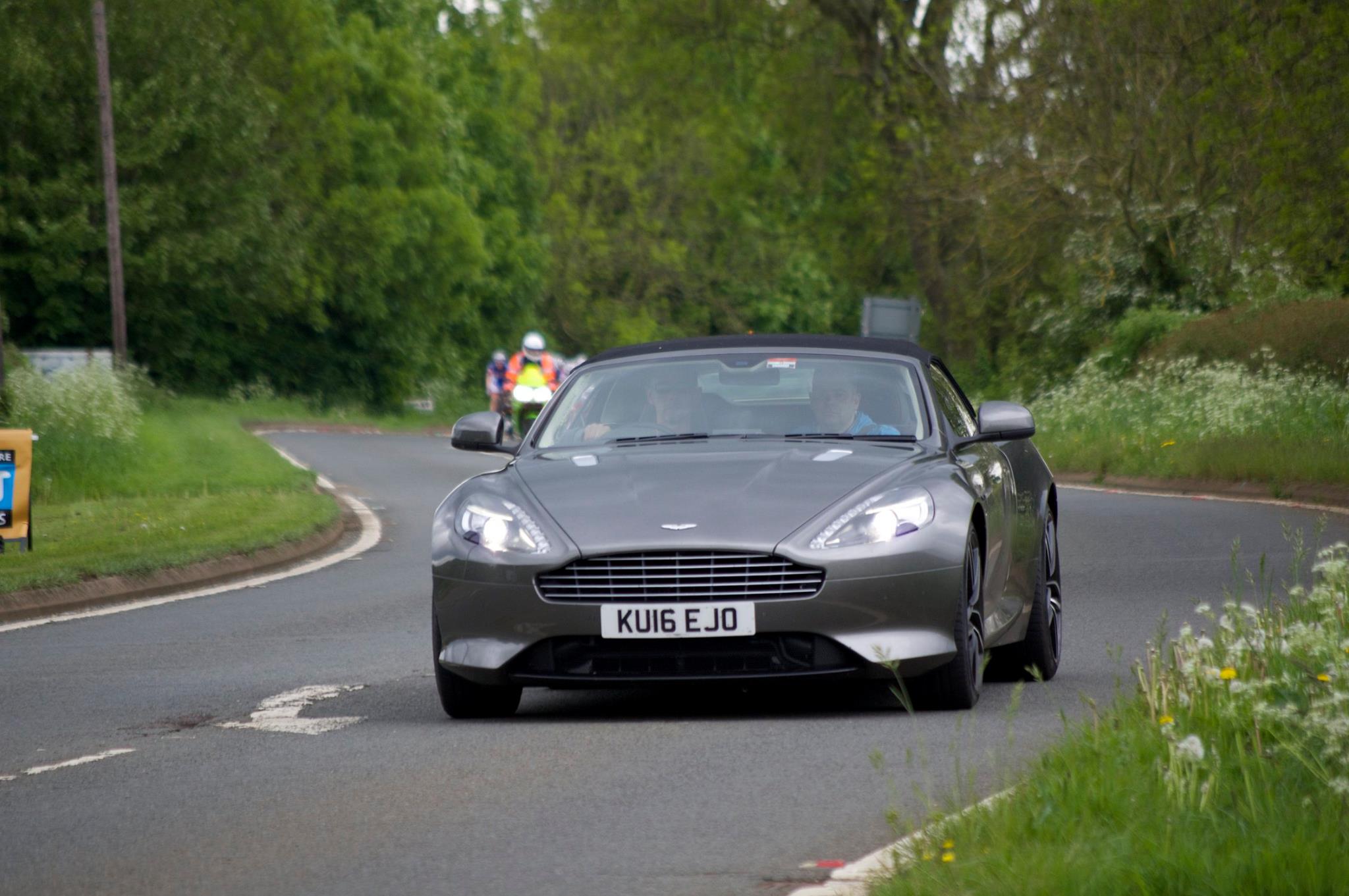 Featuring the nicest lead car ever seen in a road race. 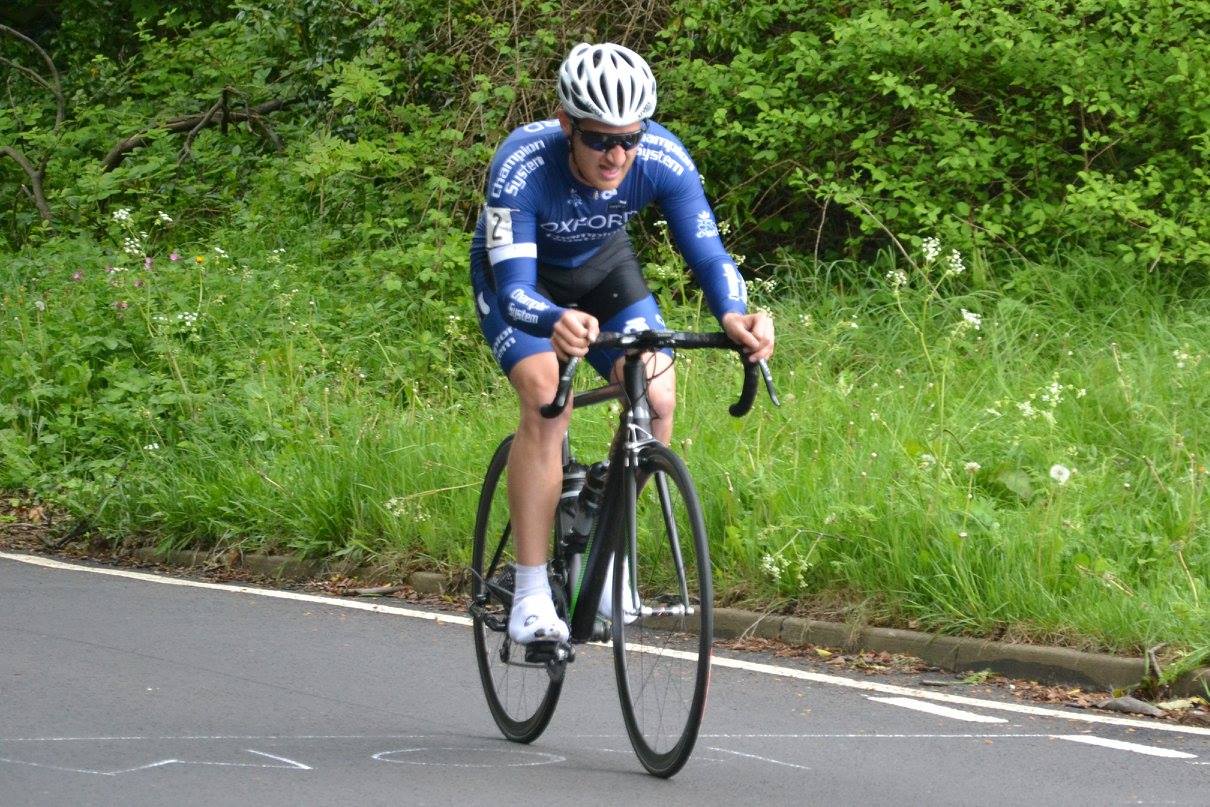 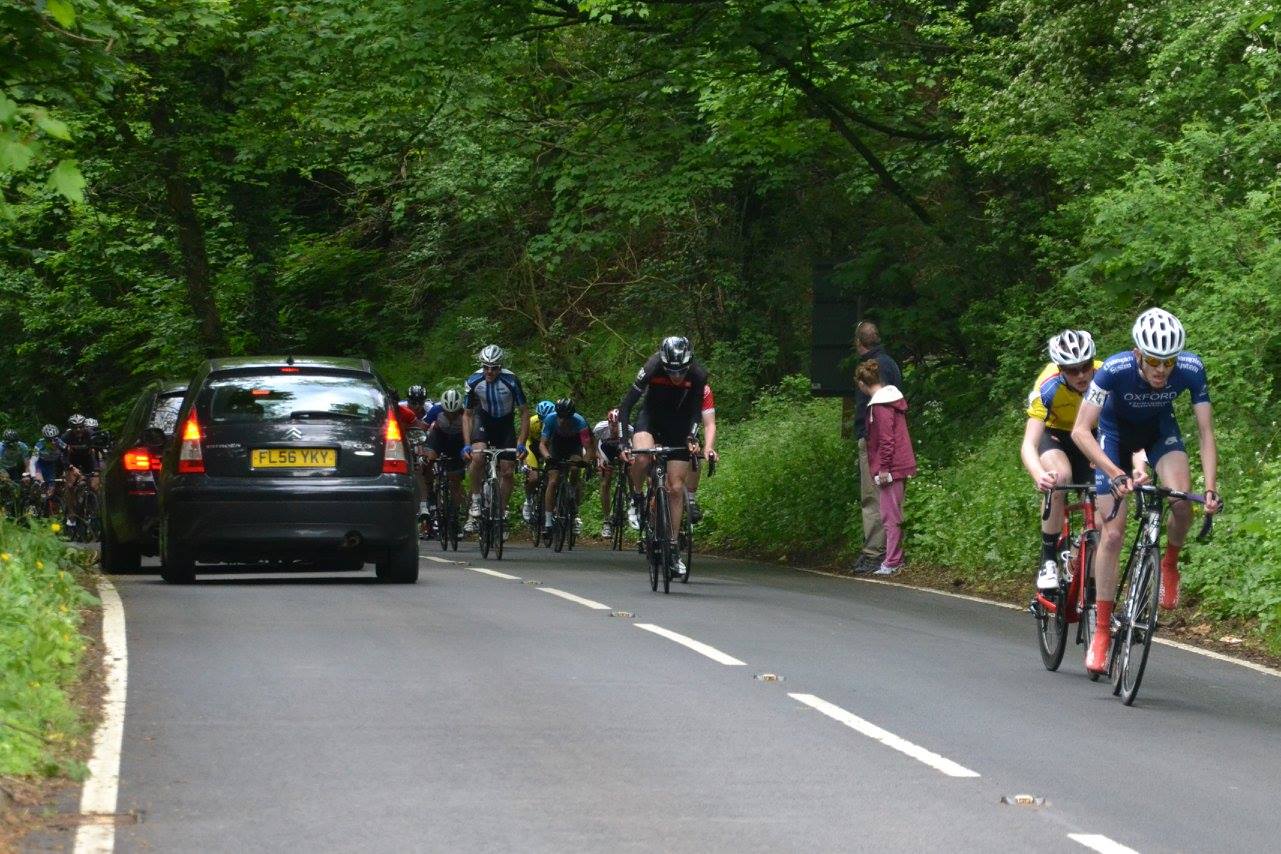 Angus hurting the bunch on the last time up Edge Hill 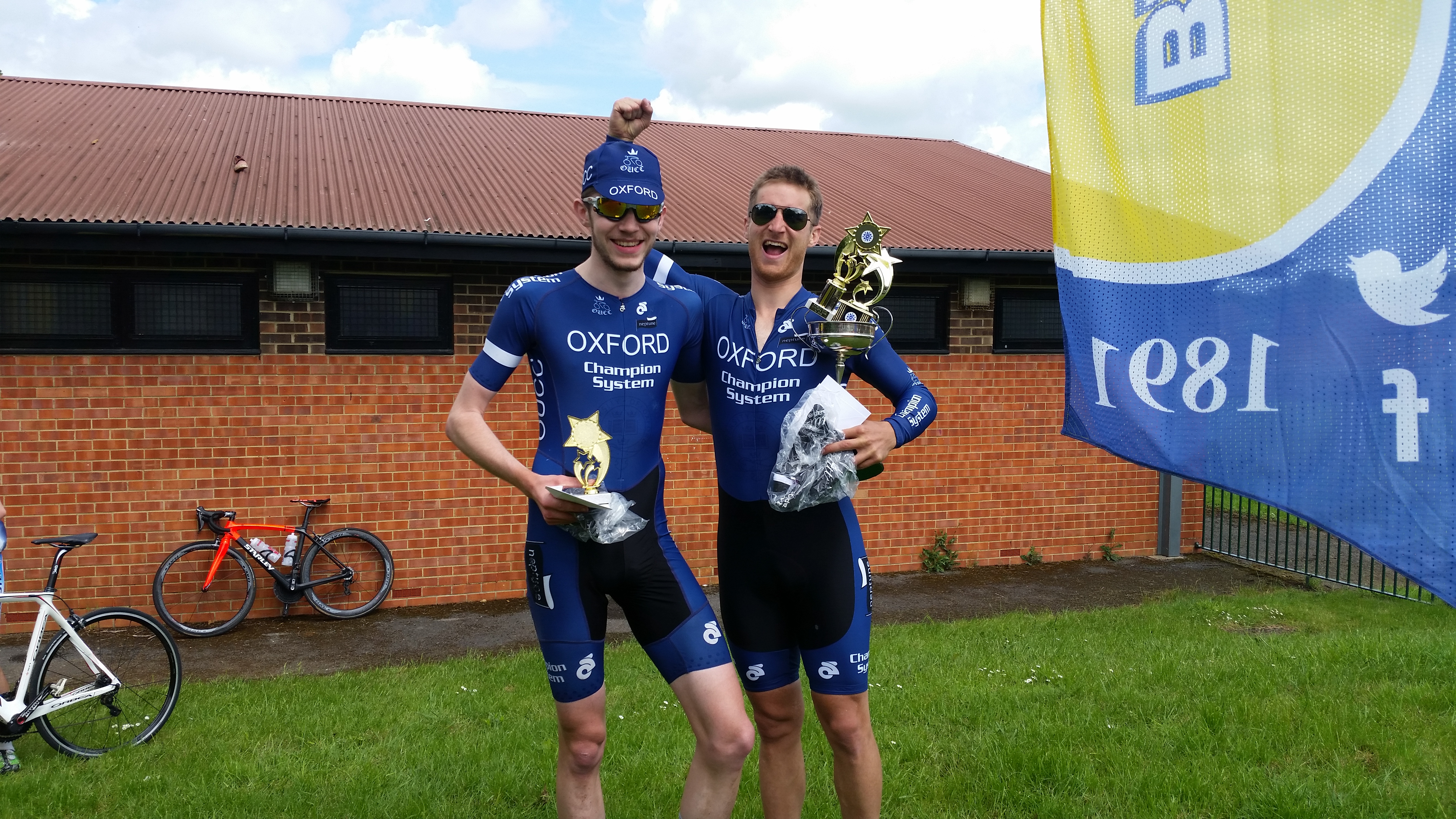 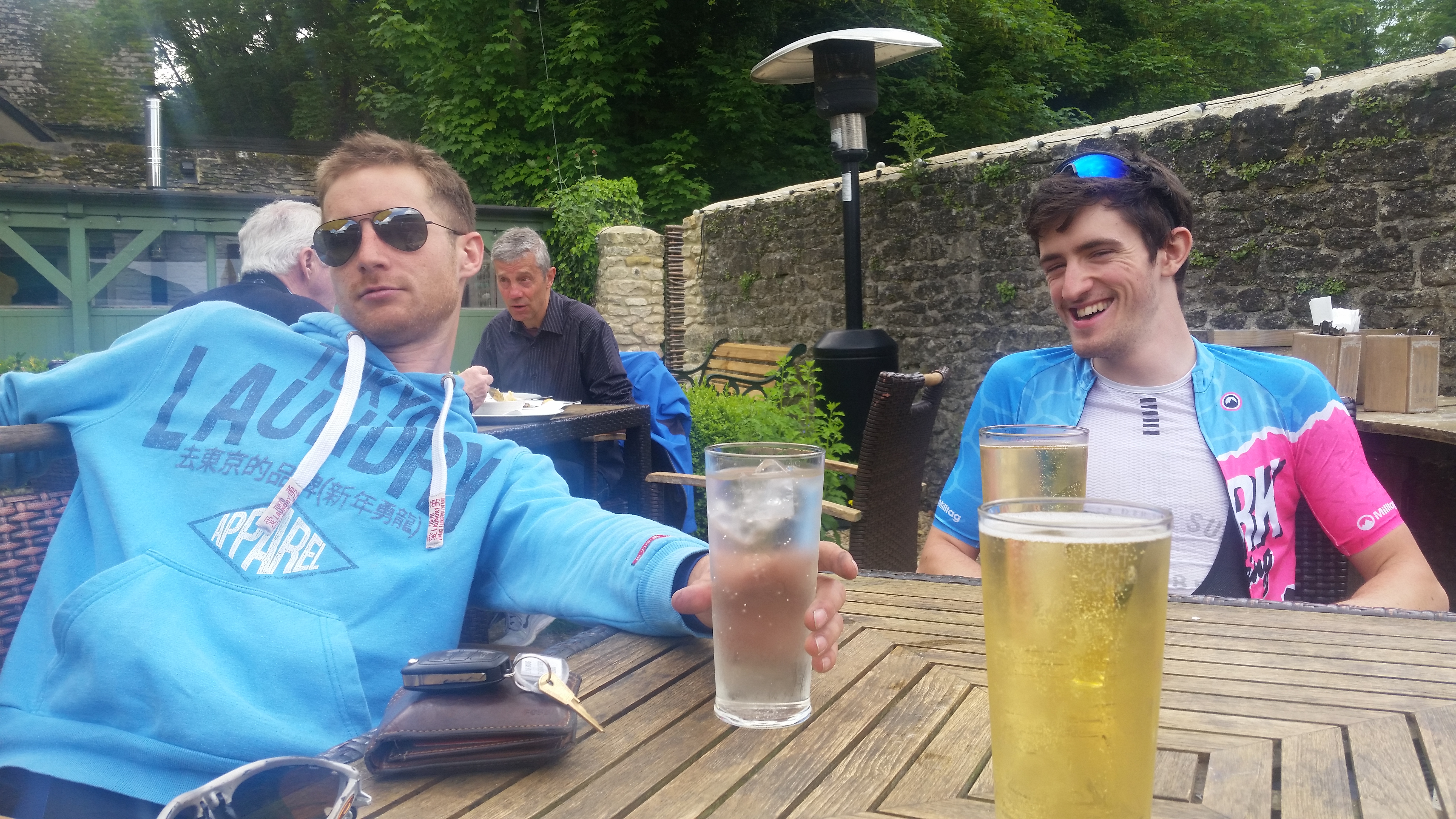