Oxford University Cycling Club (OUCC) is a lively cycling club for students and associated members of the University of Oxford. The club was originally founded in 1873 and it is suggested that we are the oldest student cycling club in the world, but this is difficult to verify. The club has a strong tradition centered on the annual Varsity match, which is contested in both road and off-road competitions. 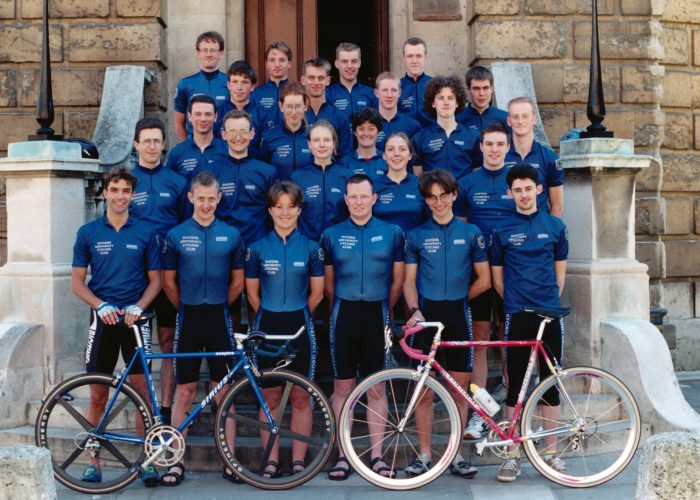 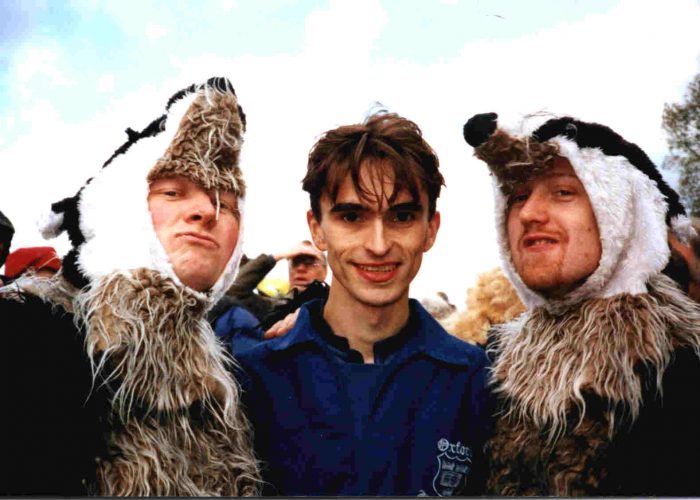 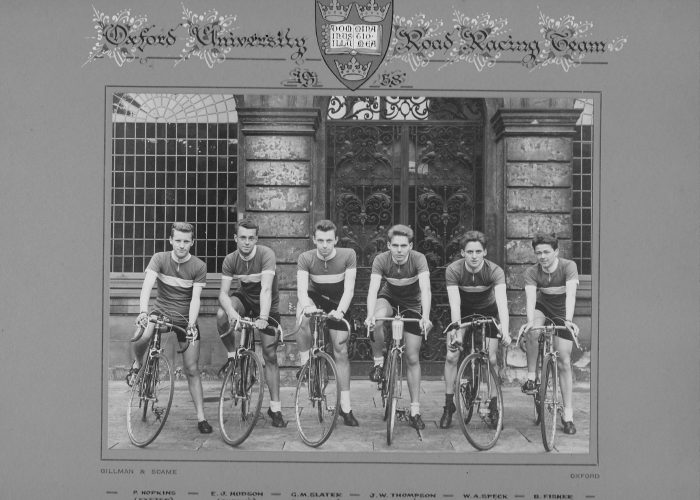 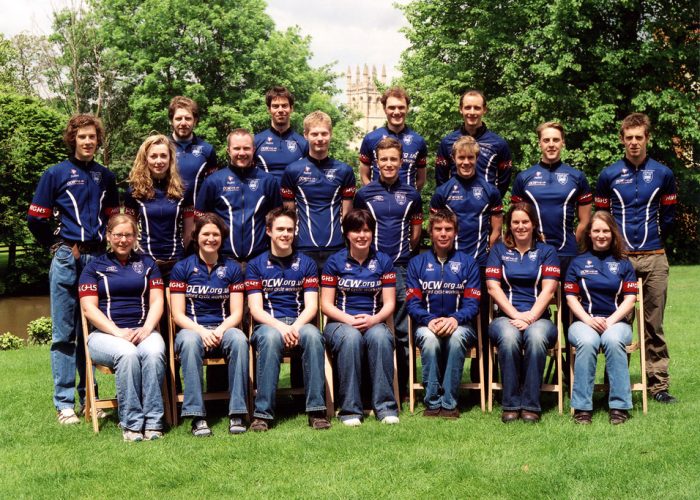 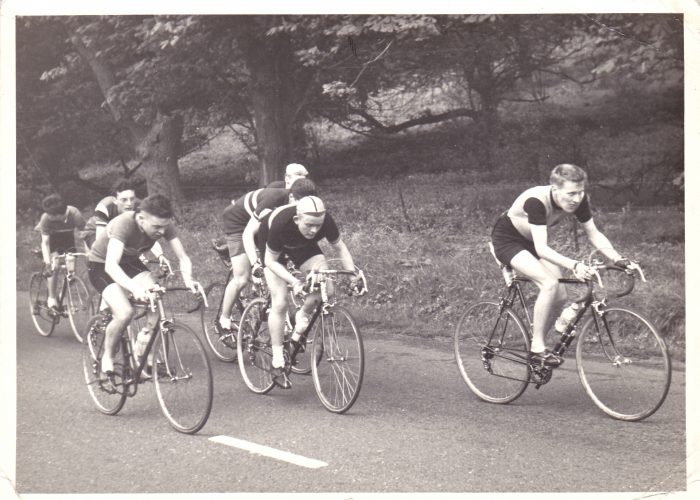 A few words from Peter Hopkins, who organised the inaugural Varsity 25 mile time trial in 1958:

When the OUCC was first founded, over 100 years ago, the CTC was still very young, the AA didn’t yet exist, and you had to be fairly wealthy to afford a bike. According to surviving club records there was even a paid OUCC attendant to keep members’ machines clean! However, with the growth of motoring in the early part of the 20th century, cycling gradually went downmarket. By the Brideshead era of the 1920s, a well-maintained specialist bike at Oxford would probably have been considered rather vulgar – or at best eccentric. The most acceptable undergraduate mount during term would probably have been a decrepit old sit-up-and-beg with front basket. At home, of course, you used the family car. The bike had become the vehicle of the working man – and the sport was correspondingly pleb.

The cloth-cap image of cycling persisted for a couple of generations and the existence of the OUCC was intermittent, as enthusiasts came and went. There was certainly a small club active during the early 1950s. I have recently been in touch with Malcolm Prince (Jesus 1951), who raced with a few other Oxford men at that time. He was involved with the founding of the British Universities’ Cycling Union in 1953 and continued racing until 1978, after which he went into the admin side of the sport in Gloucester . I think he’s still active.

By about 1954 or 55 the OUCC seems to have faded out again. I arrived in 1956 and, finding no university club, took part in Oxford City RC runs and time trials. In the meantime I hunted assiduously for fellow-cyclists at the university until eventually I was put in touch with Jim Thompson (Queen’s 1956) towards the end of our first year.

Early in Michaelmas Term 1957 we had a well-attended OUCC inaugural meeting in Jesus – the result of a couple of weeks’ determined ground-baiting with leaflets, which we not only posted on college notice boards but even slipped into saddlebags or impaled on any bikes which differed from the traditional slack-chained, brakeless undergraduate death-traps! I was the first Secretary, Jim Thompson the first Treasurer and Bill Speck (Queen’s 1957) the first Captain.

After that the OUCC never seems to have looked back. Right from the start we had well-supported Sunday runs and there was soon a demand for midweek afternoon runs too. In the Hilary Term of 1958, those interested in racing started separate training runs – though this was long before scientific coaching methods, and ‘training’ was nothing more subtle than chain-gang thrashes on fixed wheels of around 70″. Cambridge invited us to a Southern Universities’ 25 in May (involving also London , Leicester & Loughborough College), and I organised the first Varsity 25 on the evening of 5 June 1958 (14 entrants; 3 DNS). It was on the now-long-defunct H23 course, which began just outside Kidlington and went out through Weston on the Green to a U-turn just short of Brackley. That road was almost empty in those days! For road-racing we were affiliated to the British League of Racing Cyclists, as this was just before they eventually sank their bitter differences with the National Cyclists’ Union and formed the BCF.

Touring flourished too. Our first YH trip was a weekend at Ilam Hall in the Christmas vac of 1957-58. A couple of years ago Oliver Dixon (New College 1957), acting as a temporary Warden at Slaidburn YH, was delighted when two OUCC members spent a night there while riding the End-to-End (one was Brenda Allen). Oliver has always been a keen tourist and took over from me as OUCC Secretary in October 1958.

I imagine that present-day OUCC members are aware of the existence of the Dark Blue CC, which I believe was the original name of the OUCC in Victorian times. The DBCC was formed in the early 1980s for ex-OUCC members, following an ad in the CTC magazine and other cycling publications. I have kept in touch with them over the years, but have not yet managed to attend any of their periodic events.

Finally, I have a social theory about the continued success of the OUCC since 1957, after its more intermittent earlier existence. Contrary to the common belief, even in the late 1950s, Oxford wasn’t 99% ex-public school. Probably a majority of the OUCC were ex-state grammar school, but of course a few years earlier most of us wouldn’t have gone to grammar school at all, let alone on to Oxford . By the mid-50s, those affected by the 1944 Education Act – which opened up the grammar schools to proles like me – were starting to filter through to university. So there was quite an influx of undergraduates from working-class backgrounds, which of course continued from then on.

Quite a few of us are still actively cycling (and I don’t mean token utility cycling to the newsagents!) – so present OUCC members can feel assured they have a good long future on the road!