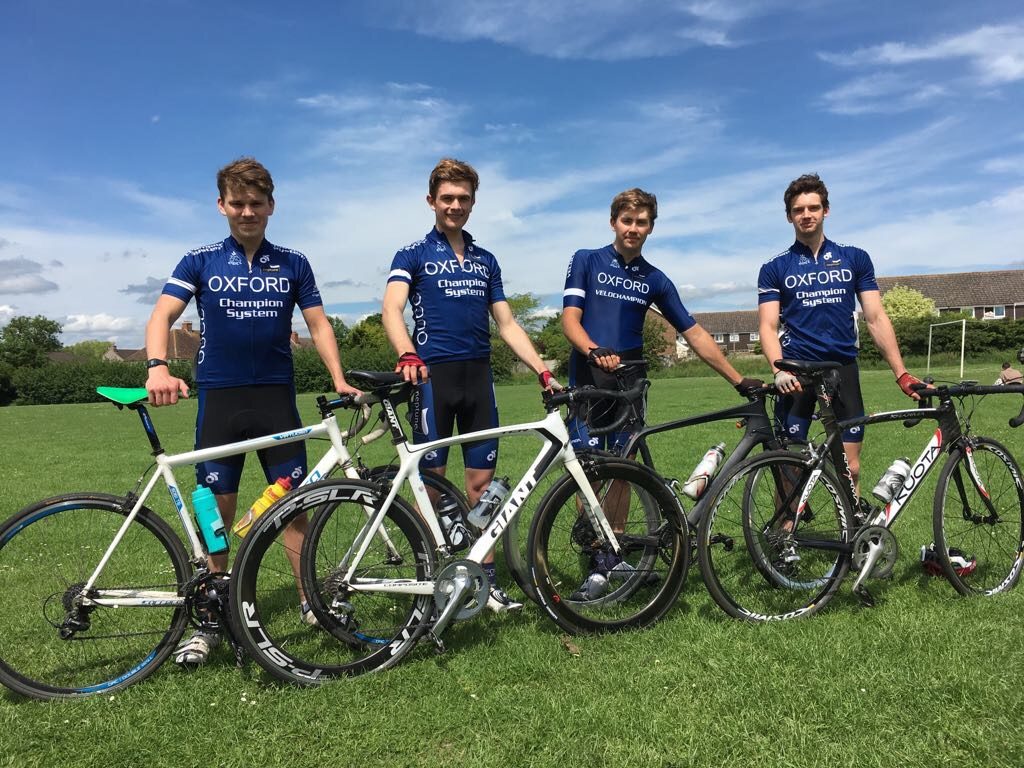 We were on some more familiar roads this time for ORRL Round 4 and had a strong showing from OUCC on a particularly beautiful Sunday afternoon. We sent a total of four riders and two marshals out on the ride over Elsfield and Horton to the course – a great turnout for the club during exam season. 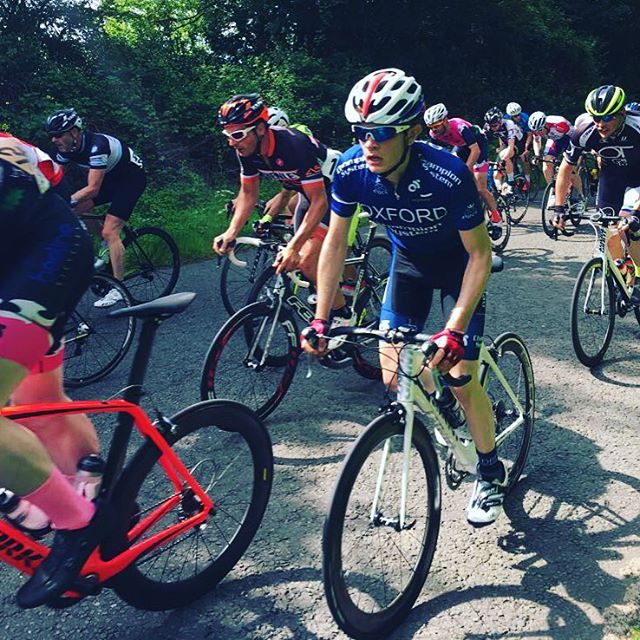 Tom keeping composed on the climb

The course was relatively flat and nondescript with just the one short climb. This was probably ideal given it was Tom’s first road race. The race settled into a rhythm early with a break getting 30 seconds on the bunch. The prospect of 8 accents of Panshill was not sweet and each one hurt more than the last. 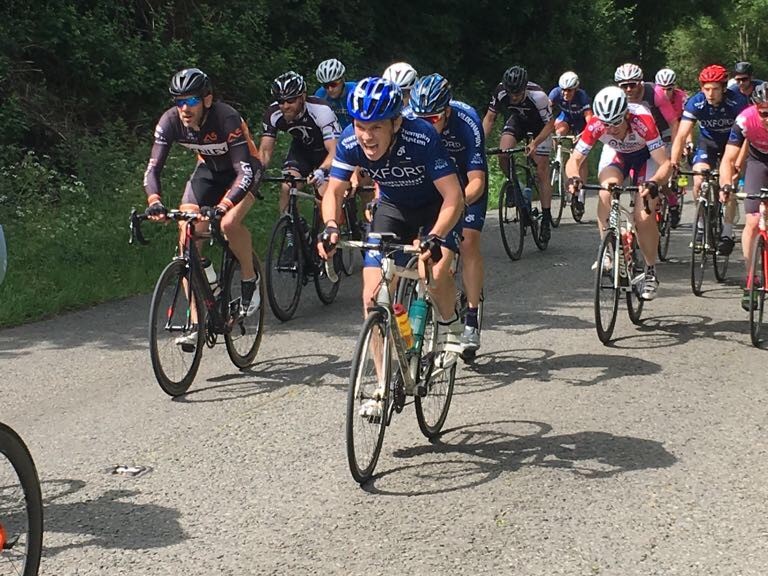 Charlie puts down some Watts up Panshill

By the final lap the race was back together for the final sprint. Tom tried an attack as we approached the base of Panshill but was brought back. Several of us were suffering from legs starting to cramp and weren’t quite able to stay with the killer move on the climb to the finish.

To be involved in the decisive last few moments was satisfying. A little more top end work and the results will soon come. A few PRs on local roads made it all the more worthwhile.