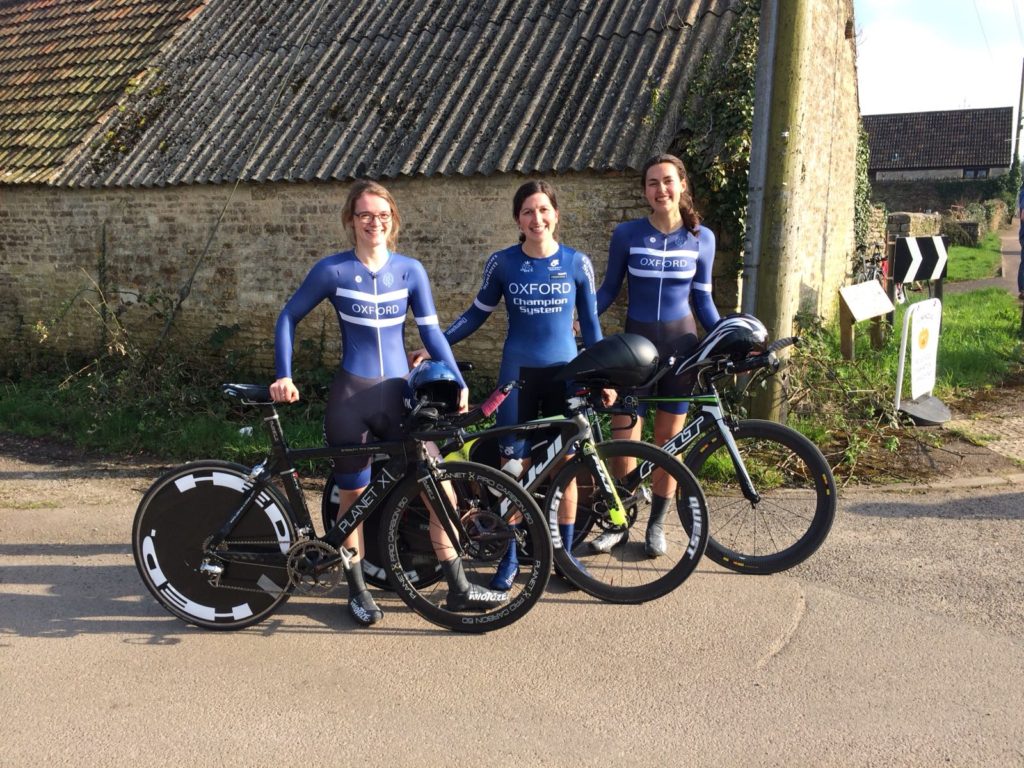 The BUCS team time trial championships once again returned to the rolling hills of Wiltshire. No matter how familiar some of the more experienced riders on the scene have grown to be with this course, its inclines can still prove highly disruptive for even the most well drilled of teams. Coping with the climbs and keeping the collective effort smooth is the key to this race.

Our strong team of Tamara Davenne, Mimi Harrison and Becca te Water Naude pulled off a stellar performance, indicative of how hard we have prepared for this event. Their efforts were enough to take the silver medal behind an impressive course-record-breaking ride from the University of Bristol. 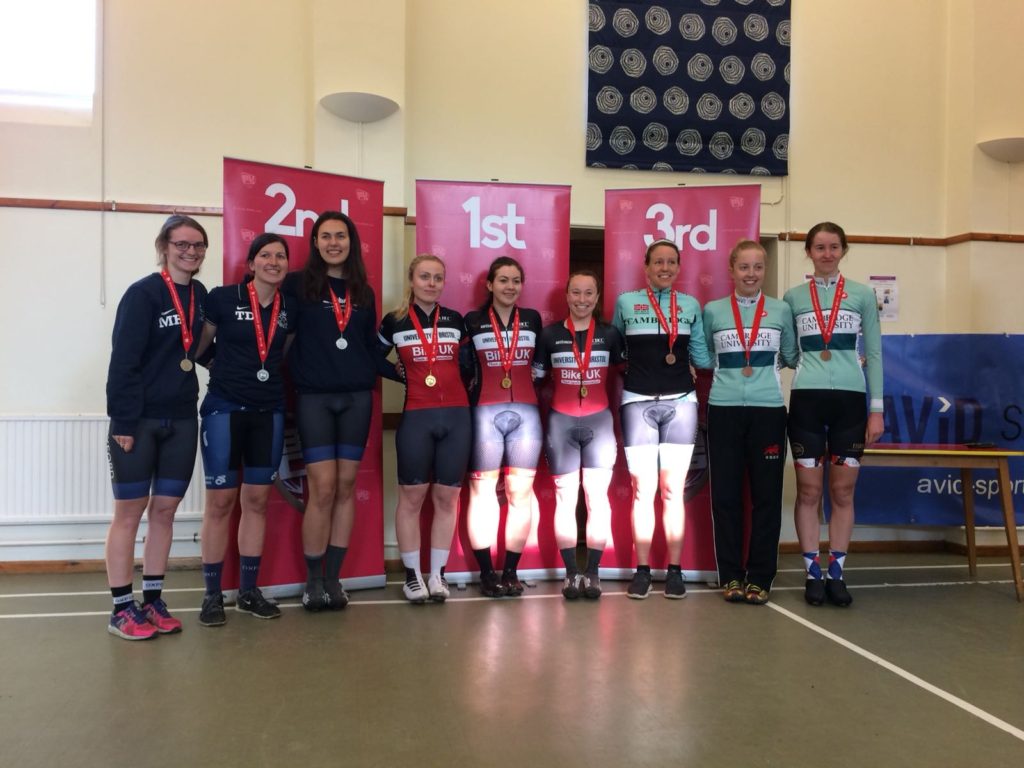 Both of our other teams were victims of misfortune. Our second women’s team suffered a crash early in the race. While Becca was able to pick herself up and keep riding, this ultimately ended their hopes of competing for a medal and they placed 6th. Our men were unable to finish with a full team after Ollie punctured.