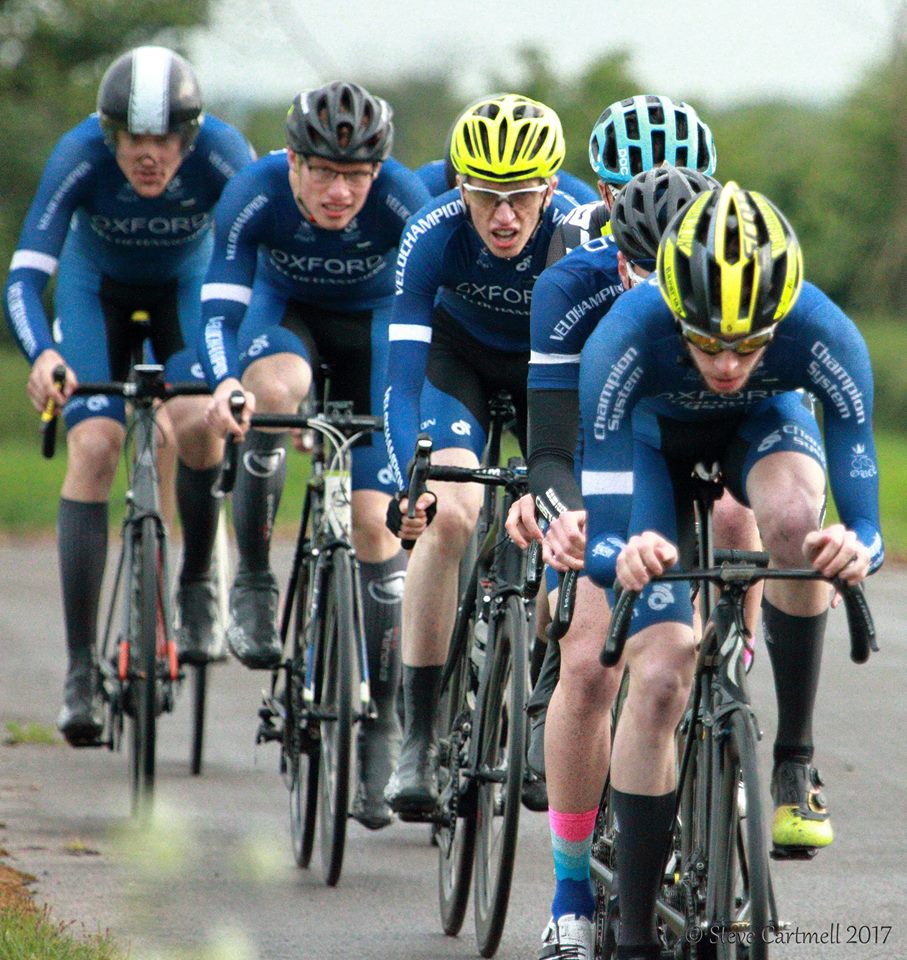 The third round of the Oxfordshire Road Race League saw riders converge on the airfield at Weston-on-the-Green for a 25 mile TTT. After having joined the league this year we bullied a bunch of riders into missing the weekly chaingang and assembled a strong lineup.

We had a nervous ride over as the rain lightly moistened us making us all wonder just how stupid an idea this actually was. Soon enough we were at the circuit, signed on and cash changing hands under the watchful eye of Matt who had organised it and wasn’t taking any crap today. David Glick continued in his role as OUCC Messiah regaling us of stories when he dropped pros back in his day, and trying to give us a few tips amongst his tales of wonder. We all span around, pretending to get warm, but really eyeing off the competition, figuring out who looked fast and just how much this was going to hurt. With our race plan set in our heads, we lined up, and took off on the first few laps, promptly ignoring the golden rule of time trials – don’t go out too hard.

First lap was the fastest we did, second lap was the second fastest we did, third lap was the third fastest, and you get the idea from there. Unfortunately this meant that our carefully crafted race plan went out the window as we burnt off anyone who wasn’t feeling in absolute top shape, before we slowed down as we all went out too hard and couldn’t keep the pace anyway. Down to 5 riders after only 2 laps at least made the tactics simple: we couldn’t afford to lose anyone else so hide hide hide. The circuit was more of a cyclocross race as we all ended up covered in about 6 inches of mud completely negating all our carefully crafted aero gainz, and the wind made things hard, at all times. 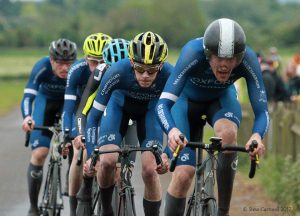 After the first few laps we settled into a decent rhythm, which pretty much consisted of Ollie and Matt sitting at the front putting out the big watts into the wind while the rest of us hid in their giant shadows and rolled through as fast as we could. David kept the ex-rowers in Ollie and Matt happy by playing the role of cox extremely well, spending more time yelling than pedalling by the sounds of it. 2 laps to go we had a scary moment as David suddenly went very quiet, I was convinced he was about to blow, but we all dug deep to get us all across the line in a solid time of 54.55. This was good enough for 2nd on the day to a ridiculously fast GS Henley squad. A decent result for something of a rag-tag team.

We spent the ride home all big talking how we were actually feeling pretty good and could have gone harder, for sure, we weren’t in the box at all …… The sun set on us as we were making our way back through the lanes into Oxford, making for a bit of a tense group ride as potholes appeared out of the dark, but overall it was an awesome evening. Great event put on by BMCC, good group of riders who all put in outstanding efforts for the race and a decent result, with some prize money to boot! Here’s to more success in ORRL. 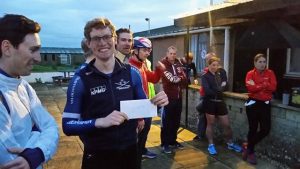 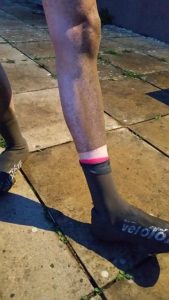