We took on Cambridge at the inaugural Track Cycling Varsity Match at Herne Hill in June. The event was hosted by the World Cycling Revival Festival and comprised a men’s and women’s Team Pursuit and Points race.

First up was the Men’s Team Pursuit, where James King, Oliver Bent, Angus Fisk, and Bryn Davies took an impressive victory to get the team off to a flying start, nearly catching the tabs in the process! Next followed the Women’s Team Pursuit, where Mimi Harrison, Becca Kearney, Issy Dodds, and Eleanor MacKay consolidated the Oxford advantage taking the win in a closely contested race in which the lead changed between the Oxford and Cambridge team throughout.

With an interval between the Team Pursuit and Points races the team had the opportunity to watch some of the racing taking part at the World Cycling Revival which included derny races, penny-farthing racing, and professional racing with the likes of Olympic Gold Medallist Ed Clancy, Germain Burton of JLT Condor, the USA Track Sprint team, and multiple World Champion Francois Pervis. 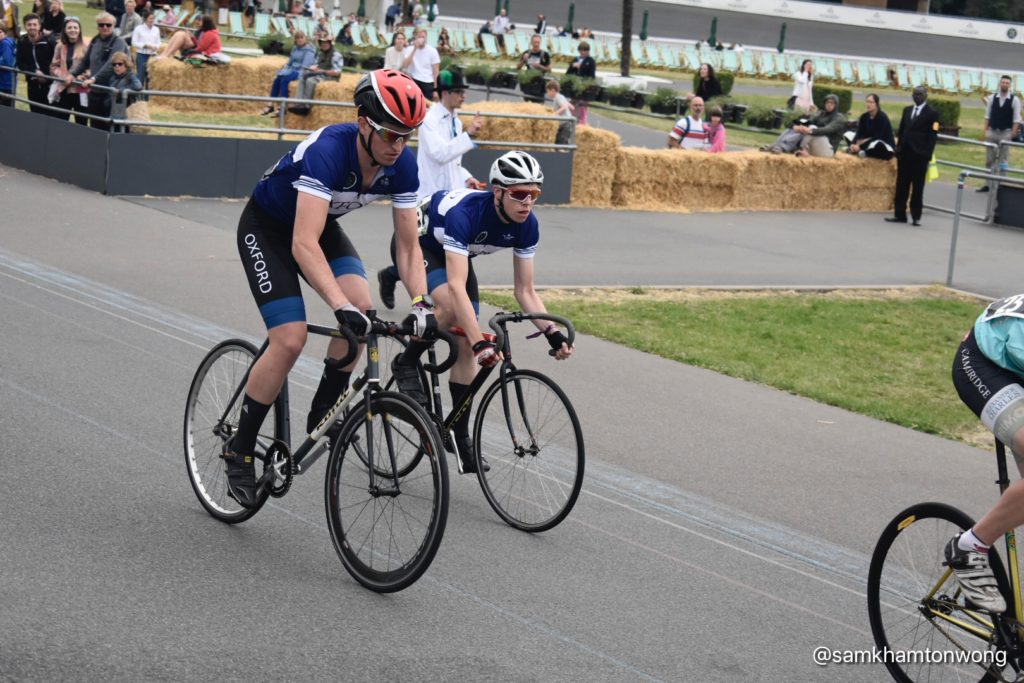 We headed into the Points race with a healthy 10-0 lead, but the lion’s share of points were on offer in five sprints in each the men’s and women’s race respectively (5 points for the winner of each sprint, 3 points for 2nd, 2 points for 3rd, and 1 point for 4th). It’s safe to say Oxford dominated the points racing with a well drilled race plan, winning every sprint in both the men’s and women’s events with James King taking maximum points winning all 5 sprints and Becca Kearney taking the most points in the women’s event. The final lap of the women’s race saw a perfect end to the Varsity match as we got a 1, 2, 3 across the line. Final score: 99-43;  Tabs shoed. 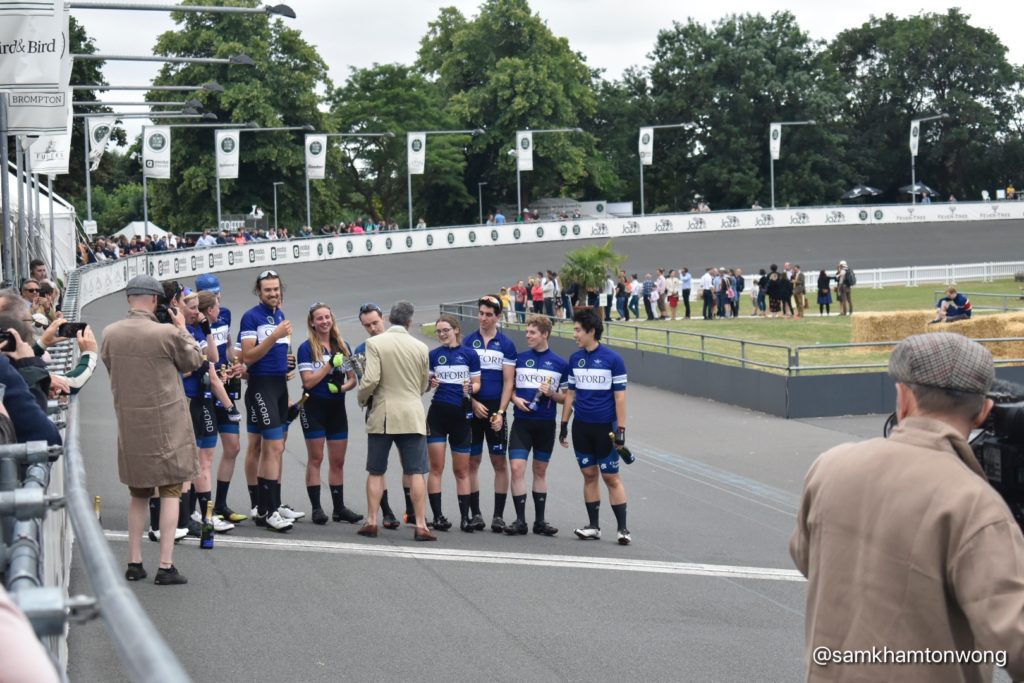 We were thrilled to celebrate in front of a couple hundred spectators (who really got behind us in the racing) and we sprayed at least half of the 22 bottles of champagne we won collectively. Thanks so much to the World Cycling Revival Team for organising a fantastic event and we can’t wait for next year’s edition!

Many thanks to @samkhamtonwong and Stephen Davies for the photos. 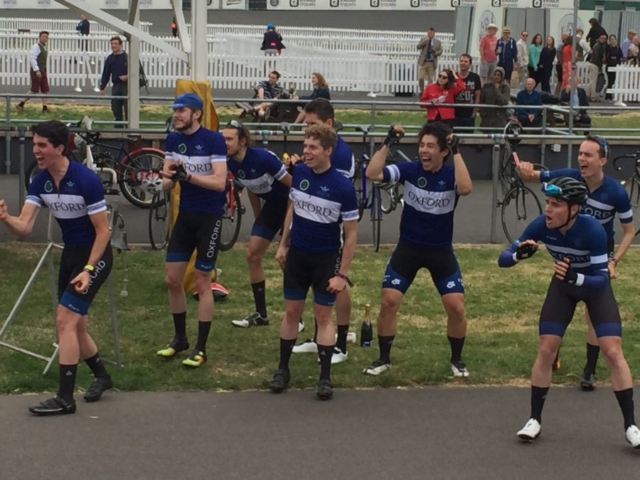 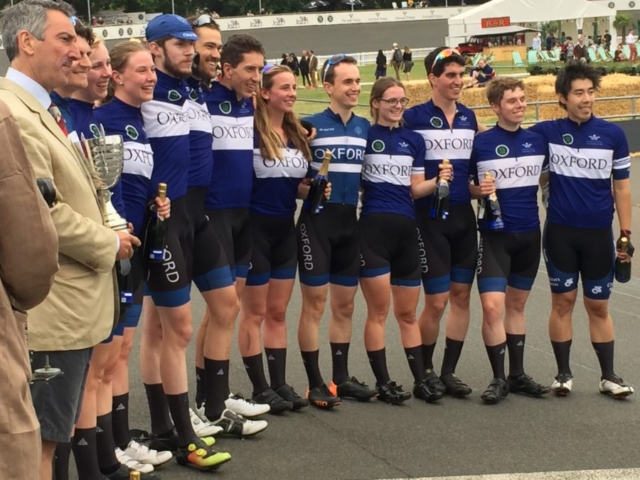 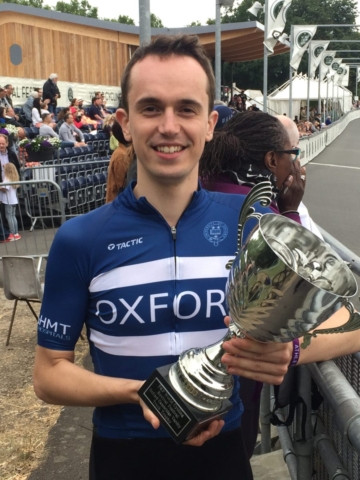 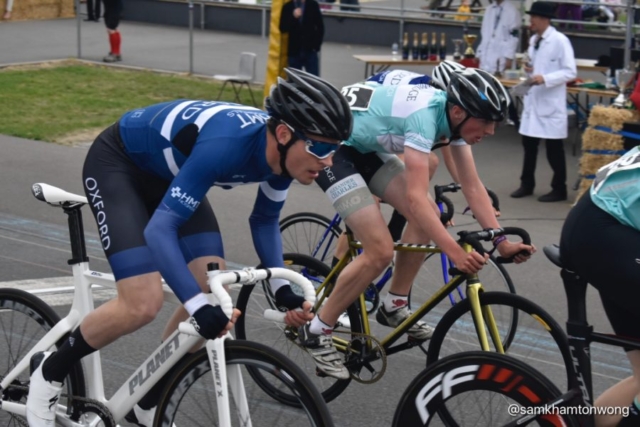 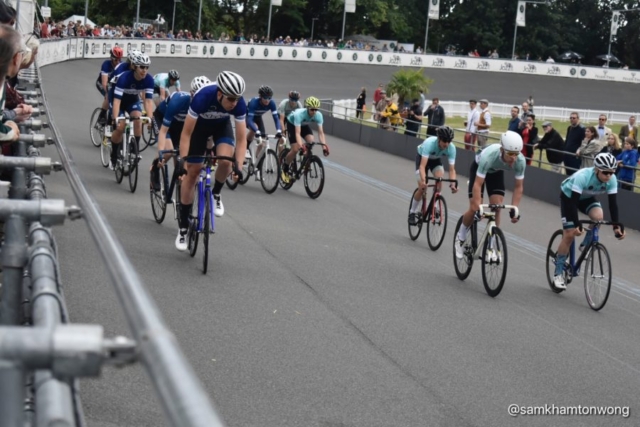