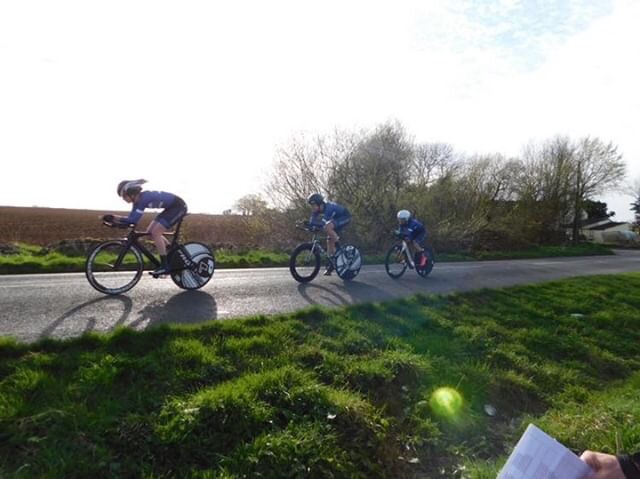 As a precursor to the much anticipated 10- and 25-mile TT classics in April, the Dark Blues put on an impressive performance in the BUCS Team Time Trial on a rolling course in Wiltshire. With such a varied parcours on the agenda – sporadically punched with sharp gradients and even the odd technical turn – we had to be extremely drilled, focusing on smoothness and communication within the teams.

Favourable wind conditions and dry roads meant that the times were going to be quick. The long-socked tester Alex Bradley, seasoned powerhouse Matt Kerin, and experienced fresher Harvey Weinberger formed the men’s team of three. They got off to a quick start and settled into a rhythm. However, the dreaded dangers of single speed chain setups made themselves known when 10 minutes in they dropped a chain along the faster downhill section of the course – chain guard? Despite the mishap, an adrenaline fuelled effort to recover time meant that they covered this section in one of the quickest times on the day. This hard effort meant that the trio were slightly overcooked for the slower rolling section and eventually came in 8th position.

The women’s A team had much to live up to after last year’s silver medal performance. This year’s team was formed of Women’s Captain Cyndi Goh and ex-Blues rowers Rebecca te Water Naudé and Joanneke Jansen. A strong effort meant the team lived up to expectations and smashed round the 22.1-mile course in 57:24. This time put them 37 seconds behind Loughborough University and nearly a minute ahead of the University of Exeter, resulting in a silver medal for the trio.

The women’s B team was captained by experienced racer Lydia Drabkin-Reiter as well as new racers Ella Black and Clarissa Coveney. The varying levels of experience in this team meant that communication and teamwork were key to their performance and they finished with a solid time for road bikes of 1:06:01 as well as a new-found enthusiasm for racing.

In a growing cycling scene where the standard of BUCS keeps improving year upon year, this result is a testament to the strength and breadth of our women’s and men’s teams. Bring on the next events! 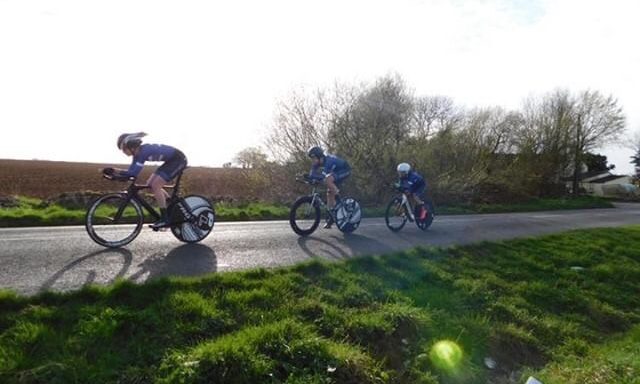 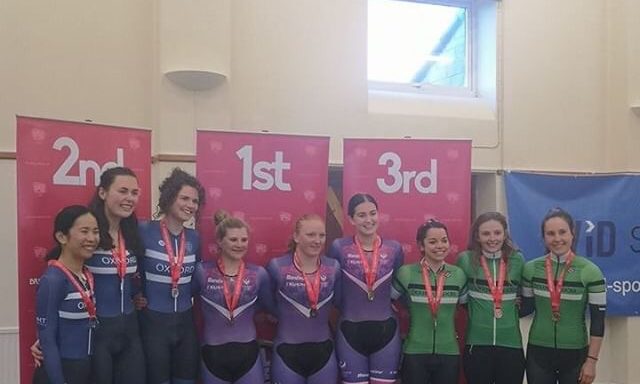 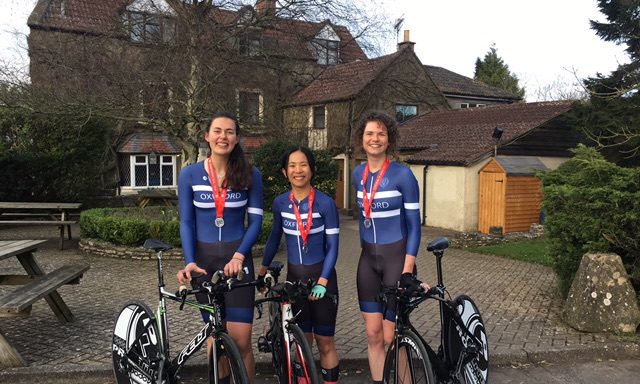